Unneeded Or Outdated Meds? Get Rid Of Them! 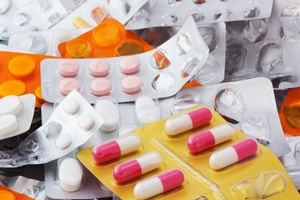 Unneeded Or Outdated Meds? Get Rid Of Them!

This article was inspired by National Prescription Drug Take-Back Day, which occurs this year on April 29th. According to the DEA, and as widely quoted by sundry sources, “Studies show that a majority of abused prescription drugs are obtained from family and friends, including from the home medicine cabinet.” Many sources report that prescription drug abuse is on the rise, and no less than the CDC considers it an epidemic.

How bad is prescription drug abuse? Consider these facts and stats:

It’s not just the regulators who are weighing in on the problem. CVS Health just released a report entitled “Public Opinion of Prescription Drug Abuse and Disposal.” 2,000 registered voters–representative of the American electorate–were surveyed.

Here are a few key findings…

2.    75 percent of respondents believe the problem of prescription drug abuse is tied to people who take medication prescribed for someone else.

3.    Nearly one-third of people had unused prescription meds that they or a family member were no longer taking.

4.    Nearly one-fifth said that they or someone they know has had prescription meds stolen from their home.

Admirably, CVS Health is a strong advocate of taking back the meds. Well over 100 CVS Pharmacy locations will be among the many sites across the country accepting unwanted prescription medication, for this year’s take-back day. CVS has also donated more than 750 year-round drug disposal collection units to law enforcement agencies nationwide, via its Medication Disposal for Safer Communities Program.

“Storing medications that are no longer needed may lead to serious health problems, if teenagers or even young adults in their homes ingest them accidentally or use them in an attempt to self medicate because of the misconception that it is safe to use as it was prescribed by a physician.”

“When an individual tosses medications in the trash or down the drain, the medication can eventually seep into groundwater. A glaring example is in Africa–a root used to treat pain by West African healers was found to have high levels of opiates. It was later discovered that people in the region used Tramadol (a synthetic opiate) heavily and human waste seeped into ground water and soil where the vegetation absorbed it!”

Dr. Cidambi is so right. Throwing unused medicines in the trash is better than flushing, but it does not adequately protect people and our environment from exposure to potentially dangerous drugs. Take-back events and related collection facilities are the best method. More reasons why are presented by the State of Washington.

Drug diversion is a serious problem, and one of its elements hardest to control is the misuse of prescription meds already in the home. It’s time to do your part.