Unplugged: Updated For The Connected Generation 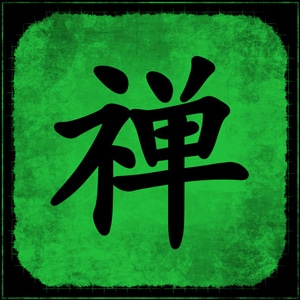 Unplugged: Updated For The Connected Generation

When the term “unplugged” was first introduced in the late 1960s, it described the process of unplugging musical instruments from electronic amplification and effects devices. In a sense, this was a precursor to one of John Naisbitt’s megatrends—taken from his blockbuster 1982 book (Megatrends: Ten New Directions Transforming Our Lives). This particular trend is from imposed, impersonal technology to a form of high tech that includes human response. This became known as “High Tech/High Touch.”

The concept was interpreted by some observers to include the point that technology was not the universal problem solver, and personal responsibility and discipline were still also required. A number of critics, however, found Megatrends to be excessively New-Agey, advocating a host of sketchy human potential programs; and minimizing the importance of traditional industry.

At any rate, the notion of high tech/high touch became so popular that Naisbitt would later devote an entire book—published in 1999—to the matter. (High Tech High Touch: Technology and Our Search for Meaning). Nana Naisbitt and Douglas Philips were co-authors. This work avers that the two biggest markets in the United States are consumer technology and escape from consumer technology.

More than that, it holds that we are living in a so-called “Technologically Intoxicated Zone.” Among other things, we blur the distinction between real and virtual; and our lives are distanced and distracted. Notably, this was years before the first popular smartphone.

The book’s remedy for this intoxication is simple enough: Disconnect and spend more time with family and friends. Easier said than done, of course. Many people are attached, nay addicted, to their devices. In a widely disseminated study of 1,600 managers and professionals on their smartphone use, Leslie Perlow PhD, of the Harvard Business School, found that:

Psychologist David Greenfield, PhD states that: “Email, in particular, gives us satisfaction due to what psychologists call ‘variable ratio reinforcement.’ That is, we never know when we’ll get a satisfying email, so we keep checking, over and over again. It’s like slot machines. We’re seeking that pleasurable hit.”

Which brings us to Zenlock, introduced as “A new and simple way to block all digital devices so you can get things done.” CEO Jeff Sada is passionate about his new product…

He describes Zenlock as a “tool to help keep the digital crack away long enough for us to regain perspective.” He invokes Chinese philosopher Lao Tzu, “Do you have the patience to wait until your mud settles and the water is clear?” Certainly, Sada has been thinking a lot about disconnecting from his devices:

“Our greatest ideas don’t come when we’re working; they come when we’re resting! Albert Einstein would take a nap, ride a bike, or row his boat when he hit a wall. We all have our own activities that help us relax, recharge, and then go after our work with more clarity, but it’s really hard to do so with the temptation of our digital devices.”

Simple but effective, Zenlock combines a zippered bag to contain the devices with a time-controlled padlock (adjustable from one minute to ten days). As their video says, “By knowing that your devices will be inaccessible for a preset time period, your mind will feel free to relax into the present moment, truly experiencing zen.” (“Zen” is best defined here as “a state of calm attentiveness in which one’s actions are guided by intuition rather than by conscious effort.” Webster’s Third New International Dictionary, Unabridged. 2016.)

Let’s close with a famous Zen proverb: “You should sit in meditation for twenty minutes every day—unless you’re too busy; then you should sit for an hour.”