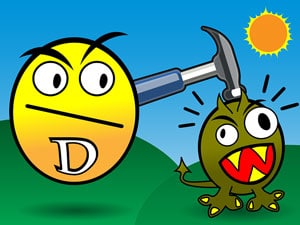 You are probably familiar with the notion that Vitamin D is necessary for the proper functioning of the immune system. This article will expand on that concept, especially in light of the COVID-19 pandemic. Two types of this vitamin exist: D2 (primarily sourced from plants) and D3 (sourced form animals). By virtue of liver metabolism, D2 becomes 25-hydroxyvitamin D2 and vitamin D3 becomes 25-hydroxyvitamin D3. These two compounds are collectively known as calcifediol, and that is the main circulating form of Vitamin D. Blood tests reflect the level of this nutrient.

Since D3 is more effective than vitamin D2 at raising blood levels of calcifediol, we will focus on D3.

Vitamin D3 aka cholecalciferol is produced in the skin from 7-dehydrocholesterol by UV irradiation (from sunlight). By its mode of action, it is properly regarded as a prohormone. However, adequate sunlight can be limited by several factors, not the least of which are simply the realities of climate and latitude. As a result, it is estimated that 1 billion people have vitamin D deficiency or insufficiency worldwide.

It has been noted by Dr. Ryan Cole and others that the only reason a “cold and flu season” exists is that during that season, the role of sunlight in producing Vitamin D is severely diminished.

While Vitamin D deficiency is traditionally identified with rickets, it has been implicated in a host of other conditions. More recently, Vitamin D3’s importance in the immune function has been recognized. Interestingly, sunlight and cod liver oil (both sources of the vitamin) were indicated in the treatment of tuberculosis, long before Vitamin D was identified in the 1930s.

As to the Immune function, the Vitamin D receptor is present in most cells of the immune system, including T lymphocytes, neutrophils, and antigen-presenting cells, such as macrophages and dendritic cells. It also acts directly on T lymphocytes to inhibit T-cell proliferation. Vitamin D may suppress cytokine production by simultaneously boosting the innate immune system and reducing the overactivation of the adaptive immune system in response to increased viral load.

A “cytokine storm” is a severe immune reaction in which the body releases too many cytokines into the blood too quickly. This can lead to multiple organ failure and death. These “storms” have been implicated in COVID-19 deaths. While expensive immunosuppressive drugs have been employed in these cases, it may be prudent to consider Vitamin D’s role in regulating this process.

It has been suggested–since at least September, 2020–that a deficiency in Vitamin D was linked to a much greater chance of death from COVID-19. Yet, amid the constant calls for masking and distancing, not an official word was uttered regarding the importance of maintaining adequate Vitamin D levels. Worse, many commentators plant false fears with warnings of the dangers of over-supplementation, even if this has been debunked.

The term “Therapeutic Nihilism” aptly describes official public health’s suppression of ivermectin and Vitamin D supplementation, while briefly touting the expensive and far-from-impressive proprietary drug Remdesivir. In essence, we were supposed to hide out, try not to get sick, and wait for the panacea of a vaccine. Notwithstanding the observed and largely ignored sometimes serious side effects of the vaccines, hundreds of fully vaccinated people have contracted COVID-19, and a small number of those have died.

To make matters worse, the “experts” insist that even people who have survived COVID-19 should still get vaccinated. Such a course has been attacked as risky since “[I]t is an almost certain immunological prognostication that if viral antigens are present in the tissues, any tissues, of subjects who undergo vaccination, the antigen specific immune response triggered by the vaccine will target those tissues and cause inflammation and damage beyond the local anatomic site of vaccine placement.”