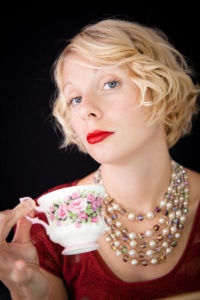 Surely, there are strong feelings against them. Check out this rant from “Stu” of the UK:

Eating out in restaurants used to be a leisurely activity, but this bastardisation of foodie pop culture has transformed an innocent pastime into a social competition. The pursuit of good food is merely a front for food snobs to stroke their own egos and lord their vast knowledge of cuisine over people that are so ignorant that they use Velveeta when it’s obvious they should be using aged cheddar. ‘Oh yahhh, you simply haven’t lived until you’ve eaten at Heston Blumenthal’s restaurant, and had the duck’s brain jelly and venison ice cream.’

Every day, people compromise on their diet due to convenience and expense. This does not make them ignorant or in any way beneath you. There will always be those that try and stay ahead of the trends by discovering more prestigious/expensive ingredients, but this definitely does not mean that the quality of your food is better.

Oh yes, it gets personal. People complain of dagger eyes peering at them, based on the contents of their shopping carts, and being insulted by box boys at snooty groceries for their food choices.

Our operational definition of “snob” here is: “One rightly or especially wrongly convinced of his superior knowledge or taste within a field or of the intrinsic superiority of his field of interest or hobby.” Only, how do we know if the snob is truly right or wrong in his beliefs—granted that he would still be a snob either way.

You would think that the issue of right or wrong—at least in some areas of food culture—could be determined via science. In fact, back in 2009, this was done, with respect to organic versus conventionally produced food. The study, entitled “Nutritional quality of organic foods: a systematic review,” the most comprehensive study ever carried out on this topic, found that there are no important differences in the nutrition content of organic food when compared with conventional fare.

Based on an assiduously detailed protocol, Dr. Alan Dangour and team performed a literature search—using PubMed, Web of Science, and CAB Abstracts—covering the period 1 January 1958 to 29 February 2008. The initial pool included a staggering 52,471 articles.

Naturally (pun intended), the organic food industry protested these findings. The diehard organophiles argued that the issue was never nutrition. Rather, they say, organic foods are better and safer because pesticides and synthetic fertilizers are not utilized.

There is an emotional appeal to this contention, but very little science to back it up. What studies that do exist focus mainly on endocrine disruptors, but few areas of biological chemistry have been more prone to poor quality work, and even outright fraud. In any event, there are several natural compounds found in plants that themselves are powerful endocrine disruptors, and the effects of these disruptors are often health protective.

A current target of the food snobs is frozen foods. Possibly, they are still caught up in the past. The reality is that things have changed dramatically from those 1950s TV dinners in aluminum trays. Most frozen foods have far fewer calories, fat, and sodium than restaurant options, and with an eye toward today’s obesity crisis, also offer portion control.

For those concerned with chemicals and fillers, relax. Lean Cuisine and Stouffer’s each have more than 90 products with no preservatives.

Notably, freezing does not compromise nutritional value. Fruits and vegetables that are picked at the peak of their ripeness and freshness, and quick-frozen in the appropriate conditions, offer superior nutritional value than if bought fresh.

Perhaps the most insidious part of the snobbery against frozen foods, though, lies in its elitist assault on the struggling middle class—who may not have the time or money to devote endless hours to artisan food purchase and preparation. I for one don’t believe that an omelet tastes any better, or is any more nutritious, if the mushrooms and onions are pre-sliced, or if I slice them myself.

As the title of this piece implies, you have to watch out for the food snobs, since they will never disappear. Quoting the late pundit Russell Lynes, ”The true snob never rests; there is always a higher goal to attain, and there are, by the same token, always more and more people to look down upon.”