Do Well By Doing Good

Do Well By Doing Good 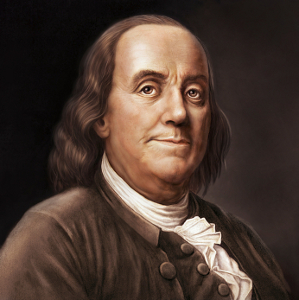 It was Benjamin Franklin who first said this, and the aphorism surely did work for him, since he could have easily retired by the age of 42—although he didn’t, of course. By “doing good,” he was referring to directly and immediately improving the lives of his fellow citizens, rather than to some vague notion of saving the world…or to be more contemporary, the planet. Notably, he did not even patent any of his inventions., and some have called him the very first advocate of open source.

While few entrepreneurs and still fewer corporations these days surrender all their rights to intellectual property, many engage in philanthropy. Figures from 2010 from the Giving USA Foundation peg health-related charitable contributions at $22.83 billion. Despite the seemingly unlimited amounts of money the government spends on health care, by all accounts this charity is sorely needed.

According to Bill McGinley, president and chief executive officer of the Association for Healthcare Philanthropy—a Falls Church, VA based organization primarily comprised of hospital fund-raising professionals…

More than one-third of U.S. hospitals are operating in the red and another third are barely breaking even. Those that are turning a profit are running 2 percent to 3 percent profit margins. Those added economic pressures have made hospitals more reliant on philanthropy. And that’s spurred interest in how hospitals can do this (fund-raising) better. Philanthropy can’t carry the day, but it can make a critical difference in meeting the health care needs of a community.

No doubt, the weak economy has affected donations from both individuals and businesses, although there is no clear trend. On the corporate side, data from the Committee Encouraging Corporate Philanthropy, covering 2010, showed an interesting split: 50% of companies surveyed increased their contributions compared to pre-recession levels, while 45% reduced theirs.

It is noted that while more money is donated by individuals overall, corporate/foundation donations, which tend to be much larger, are more efficient. According to Ann Rosenfield, executive director of Toronto’s WoodGreen Foundation, “When someone gives a six, seven, or eight figure gift, the cost and time involved relative to the outcome is a very small percent. When someone gives a $10, $20, or $100 gift the costs are relatively high proportional to revenue.”

What about doing well by doing good in a rough economy? Arguably, real estate has been hit as hard as any field of commerce. Yet, there are those within this business sector that are maintaining—and even increasing—their commitment to charity.

I recently spoke with Jared Murphy, one-half of the Phoenix and Albuquerque based real estate firm of Marcus & Murphy. Jared told me that…

John Marcus and I have been very blessed and fortunate. We’ve always believed that there is an abundance of success out there, and part of being able to share in that abundance is to turn around and give back. If you focus on others, you’ll always find success. We’ve made a pledge to donate a portion of each and every deal to charity. John and I are both passionate about children’s charity groups, as well as those devoted to health and wellness.

As I discovered, there are others in the real estate community who feel the same way. Jack McLaughlin, a real estate pro based in the San Francisco Bay area founded My Broker Donates just over a year ago. The group matches brokers, non-profits, and clients. When a transaction closes, a donation is made to the buyer/seller’s favorite non-profit, at no cost to the buyer or seller.

Traditionally, health care has been a charitable enterprise, and it is comforting to know that elements of this tradition survive to this day.