We’re Number One: Paying The Most For The Worst 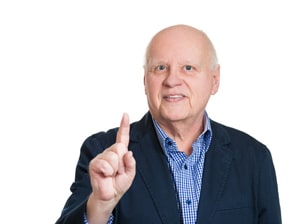 We’re Number One: Paying The Most For The Worst

Here’s the biggest topic in public health: Why does the U.S. pay substantially more than any other country in the world for healthcare, only to realize mediocre outcomes? Consider these findings, from a 2010 Commonwealth Fund report (and things have not much improved):

Despite having the most costly health system in the world, the United States consistently underperforms on most dimensions of performance, relative to other countries. Compared with six other nations—Australia, Canada, Germany, the Netherlands, New Zealand, and the United Kingdom—the U.S. healthcare system ranks last or next-to-last on five dimensions of a high performance health system: quality, access, efficiency, equity, and healthy lives.

The U.S. spends far more on healthcare than any other country. However, this high spending cannot be attributed to higher income, an older population, or greater supply or utilization of hospitals and doctors. Instead, the findings suggest the higher spending is more likely due to higher prices and perhaps more readily accessible technology and greater obesity. Healthcare quality in the U.S. varies and is not notably superior to the far less expensive systems in the other study countries.

Of course, it doesn’t help that 30 cents of every dollar spent on healthcare in the U.S. is wasted, according to a 2012 Institute of Medicine report. That works out to a cool $750 billion.

Some observers suggest that these findings prove that a for-profit healthcare system is a recipe for disaster. However, profit per se is not the problem. Indeed, to suggest as much is to reverse cause and effect. Quoting from the book The Incentive Cure (de Brantes & Conte 2013)…

“With apologies to James Carville: It’s the incentives, stupid. Everything that happens in healthcare today—the way physicians and hospitals are organized, the way insurance plans operate, the way medical devices and pharmaceuticals move through the supply chain, the way consumers access and receive care—is driven by financial incentives that are often perverse, and at worst plainly destructive.”

The book is chock full of suggestions; here are three:

1.     Need to reduce waste? Remove the financial and legal incentives for providers to perform as many tests and procedures as possible, and financially engage the patient in health care service purchasing decisions.

Commentary—It has been estimated that 40% of all radiology is not medically necessary, but rather is driven by pure greed or is for defensive purposes only. In many cases, diagnostic tests are repeated when a patient is referred out to a specialist. Related to this is the absurd paradigm whereby cognitive medicine is treated as a stepchild, compared to procedural medicine. How many costly procedures could have been prevented or delayed with better prevention? Yet, the Relative Value Scale Update Committee (RUC) has maintained this nonsense for decades.

2.     Need to make hospitals safer? Remove incentives to ignore the problem by collecting and publicly displaying safety records. Restaurants and workplaces are often obligated to post their safety ratings on the front door. Why not hospitals?

3.     Need to build a real functioning market? Remove incentives for sellers to keep the actual costs of medical goods and services hidden, so buyers can compare prices and make informed choices.

Commentary—Difficult. Since virtually all healthcare is charged to third parties, the patient has no financial relationship with his provider. It’s hard to see how a “real functioning market” can exist when the consumer is not the buyer. One place it could work is with prescription drugs, usually subject to a consumer co-pay. Many other countries do not automatically jump to the latest and greatest, but instead rely on the tried and true—which are cheap and generic.

These days, rapacious fee-for-service is tempered by third party payers, but until the system gives much more weight to outcomes, there will be little substantive change. Likewise, as long as most consumers are more concerned with how much they are not paying, rather than how much they are not sick, we will be mired in the status quo.