What’s Behind The Rise In Healthcare Costs? 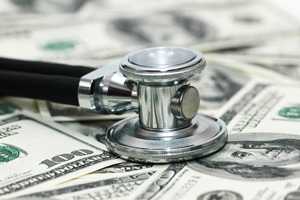 What’s Behind The Rise In Healthcare Costs?

According to the Peterson-Kaiser Health System Tracker, the U.S. spends a disproportionate amount on healthcare. Health spending per person in the U.S. was $10,224 in 2017, which was 28% higher than Switzerland, the next highest per capita spender.

U.S. health spending has consistently outpaced economic growth, and now represents 17.9% of our GDP. The raw number for 2017 is $3.5 trillion. (The per capita number in the link is slightly different from Peterson-Kaiser’s.)

As to quality, the conventional “US care is mediocre, compared to other countries” mantra is a gross oversimplification. Here is an introduction to the topic, and as you can see, there are many parameters to consider. Moreover, we have no control over the quality of data promulgated by other countries—let alone the consistency of reporting within the US.

Okay, but why is healthcare so expensive? One reason is fraud, estimated at 3% of total healthcare spending, in 2011. Another study pegged it at closer to 10%. Eighty percent of fraud was committed by medical providers, followed by consumers (10%). The rest was by others, which included insurers themselves and their employees.

Going beyond fraud, here are more factors, as identified by the Bipartisan Policy Center:

Then, there is the matter of Pharmacy Benefit Managers (PBMs). Originally set up to process pharmaceutical claims, critics claim that they—by virtue of a rebate system—have significantly distorted competition, reduced choices for consumers, and have increased the cost of drugs.

According to the National Community Pharmacists Association, PBMs engage in various deceptive tactics, that drive up costs…

2.     Promoting drugs based on the rebate obtained by the PBM, rather than what would be in the consumer’s best interest. Sometimes PBMs will even switch patients’ prescriptions without the knowledge of the patient, just so the PBM can receive the rebate.

3.     Utilizing extortionate spread pricing to charge health plans much more than they reimburse pharmacies, and pocketing the difference.

4.     Using abusive audit practices and penalizing pharmacies for minor typographical errors on claims, forcing them to forego reimbursement due to small errors that posed no consequence to the claim.

Not surprisingly, the nation’s largest PBM feels differently about the matter.

Study co-author Zack Cooper believes that this is the first analysis that systematically compared growth rates of hospital versus physician prices. Pricing of four different hospital procedures were analyzed: Cesarean sections, vaginal deliveries, colonoscopies, and knee replacements. The hospital component of the combined cost of care—physician plus hospital prices—ranged from 61% for vaginal deliveries to 84% for knee replacements.

And, it made no difference if the docs involved were hospitalists or not. Cooper was upset enough by the results to remark that, “We need to seriously think about regulating hospital prices.” However, based on past attempts to de facto regulate pricing (cf. Medicare or private insurance), this would likely become just another fool’s errand.

As it happens, a brand new requirement from the Centers for Medicare & Medicaid Services for hospitals to post their pricing has just gone into effect. But, since all they can do is post their “retail” prices, rather than what people actually pay out-of-pocket, this is not as helpful as one would like.

How many other items of unknown cost do you regularly purchase? Can you think of a better breeding ground for abuse?