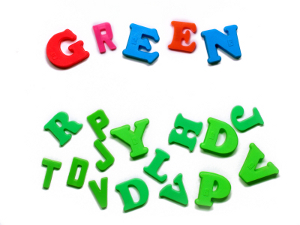 The recent announcement by GM that the company was halting production of the Chevrolet Volt until April, so as to maintain “proper inventory levels,” has reopened discussion of the merits of electric cars. On a superficial level, of course, electric cars are clean since there are no visible tailpipe emissions. But, the electricity stored in those batteries must come from somewhere, and is most likely generated by burning fossil fuels.

The most common rationalization advanced to justify this is to consider the notion of peak electrical demand. The car batteries will be charged at night, and—so the story goes—there should be plenty of capacity available to handle the load. Indeed, this capacity would otherwise “go to waste.” Nonetheless, actual kilowatts of electricity must still be produced, and there is not perfect efficiency in transferring this to a storage battery.

Moreover, the battery packs must eventually be disposed of. As to the lifetime carbon footprint, the jury is still out on electric versus gasoline-powered cars. Most studies suggest that the difference is not significant.

Since the lion’s share of personal car use is tied in with traveling to and from work, a truly green initiative would be to put a far greater emphasis on the virtual workplace and telecommuting, not to mention improving all aspects of mass transit.

Another dubious green project has been to attack plastic grocery bags. Once again, on a superficial level, people can feel good about themselves as they come into their local supermarket with their reusable bags. That’s as long as they don’t consider the energy and environmental demands of how they were manufactured compared to the plastic bags; how they are prone to bacterial contamination; and whether or not their useful life can overcome these issues.

In any event, few people simply discard the plastic bags. Rather, they are put to all sorts of uses around the home. And, in those jurisdictions where they are taxed, people now have to purchase commercial bags to replace the ones that were formerly provided to take home their groceries. What exactly were the environmental savings here?

Sometimes, the fact that a product is truly green is not heavily touted by the manufacturer. A case in point is gypsum wallboard, commonly called drywall. Gypsum can be mined, but a preferred source these days is so-called byproduct gypsum, derived from a process used to remove sulfur dioxide from emissions at coal-fired power plants. After the power plant removes fly ash and other impurities from the coal combustion process, the remaining stack emissions are fed through a limestone slurry which removes sulfur dioxide. The byproduct of this process is calcium sulfate—otherwise known as gypsum!

Even better, this synthetic gypsum is received at the plant in powder form ready for processing. Mined gypsum first needs to be crushed. Thus, energy is saved. Furthermore, the synthetic version will create a lighter and stronger wallboard. As an added bonus, virtually all face paper on drywall comes from recycled materials, such as discarded cardboard, magazines, and trimmings from print shops.

Some technologies are truly green because they limit environmental impact. One good example is wireless communications, better known as Wi-Fi. A compelling advantage of Wi-Fi is that it allows cheaper—and far less destructive—deployment of local area networks (LANs). Besides boasting a price advantage over hard-wiring, Wi-Fi is used in locations where cables cannot be run, such as outdoor areas and historical buildings. Thus, the look and feel of a property can be maintained, while offering occupants full networking capabilities.

One company specializing in this—as it pertains to the hospitality industry in the Caribbean—is Copia Communications. According to Darryl Wehmeyer, Founder and CEO: “Wi-Fi eliminates the false choice between succeeding in business at the expense of the environment, or protecting Mother Nature while foregoing basic economic common sense. You can be a good steward of the planet and run a profitable company, while also harnessing the full power of the Internet.”

Finally, a “green” designation can sometimes be awarded even if the product fails in other aspects. It is not uncommon for energy efficiency to trump all other parameters when various certifications are awarded to new residential construction. Let the buyer beware, since such “tight” homes are notorious for becoming indoor air quality nightmares. If that is green construction, in the words of Sam Goldwyn, “Include me out.”