When Failures In Public Health, Science, And Politics All Converge 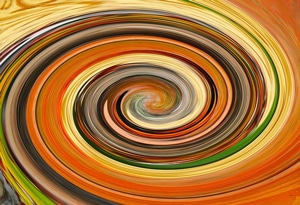 When Failures In Public Health, Science, And Politics All Converge

In 2013, this column ran a piece entitled “Whatever Happened to Science.” We argued that too much money and too many journals were chasing too few talented researchers, and in the competition to get funded, preliminary results were now being touted in the mainstream media. This led to an outpouring of published results that leaned way too much on statistics and tended to ignore the basic scientific method, whereby an observation is made, a hypothesis is proposed, and experiments are designed to test the hypothesis.

Instead, researchers were now taking observations–usually from the work of others–and attempting to relate one parameter to another via statistics, to determine a correlation. Many of these efforts played fast and loose with p-values. A short step from this is the notion of models, in which assumptions are made to help explain a past, current, or future situation. Of course, these models are only as good as the assumptions behind them.

The simple truth is that in science, the further you get away from empirical work, the more dicey your conclusions will be. Or, as the old adage puts it: “In theory, theory and practice should be the same, but in practice, they’re not.”

In 2019, we ran a follow-up piece that was essentially a case study of science gone wrong. In the experiment cited, some shockingly incompetent work (yet it was published!) was proffered in a weak attempt to make a political point. Things have hardly improved since then.

A few weeks ago, many people wondered what would finally break the “lockdown/be fearful and wear a mask” mentality. I was reminded of the gasoline supply crisis of the early 1970s. There were long lines of cars at every gas station, and to alleviate that a little bit, California Governor Reagan imposed a rule such that the days you could buy gas were determined by whether your car had an even or odd numbered license plate.

And here’s what happened. People pretty much obeyed the rule, but several weeks into this scheme, everyone noticed that the lines were disappearing, since the supply had improved. Then, some bolder individuals began to ignore the license plate restrictions, and discovered that nobody–not even fellow gas station customers–seemed to care. Within about ten days, no one was obeying the rule anymore, and it simply disappeared. Note that this rule was never officially repealed, or if it was, that was never announced in any meaningful way.

I predicted that the lockdown/be fearful and wear a mask mentality would end much the same way. And, don’t you know, that’s just what happened. In the aftermath of the George Floyd tragedy, the very same governors who would ban people for going to church are encouraging them to gather in large groups to protest. Apparently, protesting police violence is more important than trying to avoid the coronavirus.

Not surprisingly, this sudden indifference to the previously all-important social distancing has caused more people to question the so-called “experts.” You might recall the warnings over asymptomatic individuals who could still infect others. And then WHO said that such transmission was “rare,” only to walk back that statement later. For those keeping score at home, all these pronouncements are based on models, rather than solely on empirical data.

Early on, Dr. Fauci implied that infectious asymptomatic carriers could be a problem. Although, he admitted that he was unsure, but would be more certain after plenty of antibody test results came in. I guess we’re still unsure, more than two months and millions of tests later. At any rate, the esteemed good doctor has a rather extensive history of being wrong.

Of course, early on, we WERE sure that the most important thing to do in the whole wide world was to prevent people from catching COVID-19. That’s why, an unprecedented lockdown was put into place in many countries. But recently, a number of studies appeared that questioned the efficacy of these lockdowns. Several of them also described the economic devastation thus caused.

And now, this piece from good guy medical skeptic Malcolm Kendrick, MD says flat out that “[We] may be heading for a post-lockdown health catastrophe that could mirror the disaster of the post-Soviet era. I felt, right from the start, that the potential harms from lockdown could well exceed any–speculative–reduction in COVID deaths.”

As a 1999 study put it: “The transition to market economies in many post-communist societies of the former Soviet Union and other former eastern bloc countries in Europe has produced a demographic collapse. Among the most serious findings is a four-year drop in life expectancy among Russian men since 1980, from 62 years to 58.” Many other consequences were documented. Yes, health and economics are inseparable.

Kendrick tells us that “As a doctor, if I were advising any form of medical treatment, I would be considered negligent if all I did was talk about the benefits. I need to inform the patient about potential downsides.” It appears that Fauci and the rest forgot all about that. Did politics make them so forgetful?