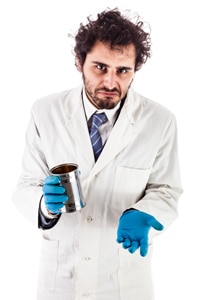 Last week’s article began a discussion of the pernicious influence of money, and therefore politics on science. Some commentators will point to the launch of the Sputnik 1 satellite, by the Soviets on October 4, 1957, as the wake-up call to America to greatly expand its technology programs. But, there’s more to it than that.

The end of World War II represents a significant turning point in our history. People sacrificed, and demanded that their post-war lives improve. If we could develop an atomic bomb, we should be able to apply the benefits of technology to our everyday lives. For that, we would need far more college-educated individuals. Indeed, the notion was promoted that virtually all in the emerging baby boomer cohort should go to college. If not a four-year college, then certainly at least a two-year institution.

Colleges and universities grew (and are still growing), with many new campuses being built, within existing state systems—not to mention extensive construction projects on legacy facilities. Of course, such growth requires plenty of money. One way to enhance revenue is for the administration to grab its vig on all research contracts secured by its faculty.

But, to obtain research grants, intrepid faculty members must first develop a reputation—scientific street cred, if you will. This is best done by publishing research papers, in so-called “high-impact” journals. A journal’s impact factor is a measure of the frequency with which an average article in a journal has been cited in a particular year. By way of example, the New England Journal of Medicine‘s impact factor is 59.558. Nature clocks in at 38.138; and Annual Review of Public Health at 10.240.

Getting stuff published will also put a faculty member on what’s presently left of the tenure track, allowing him to achieve the coveted title of full professor. Thus, we have the phenomenon of “publish or perish.”

Journal impact factor data is widely disseminated, and obviously favors journals of general interest, over specialized publications. Still, no matter how obscure a researcher’s field might be, he would surely prefer to have his paper in NEJM, rather than Obstetrics & Gynecology (5.175).

So, publishing is imperative, and the best way to get a study published is to either have some sort of “sexy” finding, or to reinforce the current orthodoxy. Tens of billions of dollars have been spent on climate research, with only a tiny fraction of publications going against the grain. Even so, the dreaded increase in atmospheric carbon dioxide has not produced the widely predicted rise in temperatures. Search for truth, anyone?

For politically-motivated matters specifically related to public health, one need look no further than the government’s asinine promotion of the high carb/low fat diet. Countless papers have been published supposedly “proving” this contention, using all manner of statistical chicanery…only that diet is demonstrably not healthy for at least half the population, which is prone to metabolic syndrome.

For those keeping score at home, the high carb/low fat meme has changed a bit. The face-saving narrative now is that high carb versus low carb doesn’t make much of a difference. Which brings us to another time I was able to confront a researcher over the phone. And this guy, whose name I will not reveal, is an extremely well-known Harvard don.

The conclusion of his paper was that low carb was no better for weight reduction or health than the traditional higher carb diet touted by so many “experts.” But there was a serious problem with his research. He and his associates arbitrarily defined “low carb” as a 40 percent carb diet. Never mind that by this deluded reckoning a sizable portion of the US would already be on—or close to—a “low carb” diet. No rational person would think a diet is “low carb” if it were more than 20 percent carbohydrates.

Needless to say, this nonsense was published in a high-impact journal, the researcher got his grant, and Harvard got its vig. Search for truth, anyone?