Will Preventive Medicine Meet The Challenge?

Will Preventive Medicine Meet The Challenge? 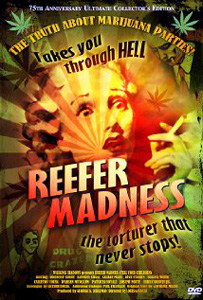 How’s this for mixing metaphors? As the time bomb otherwise known as our health care budget keeps ticking, observe the wonks as they rush to leave the sinking ship that is our failed disease-care model. This column has stated on several occasions that there is simply not enough money in the world to support the current system. Indeed, rationed care, lowered reimbursements to providers, and death panels are merely the beginning.

While there will be more money in disease than health for quite some time, a positive trend is developing: Budgets for preventive medicine and innovative community outreach are starting to increase. According to the American Board of Preventive Medicine, “Preventive Medicine is the specialty of medical practice that focuses on the health of individuals, communities, and defined populations. Its goal is to protect, promote, and maintain health and well-being and to prevent disease, disability, and death.”

Surely, this is positive. Who could argue against such goals? But, as brilliant French novelist Gustave Flaubert (1821-1880) is now paraphrased, “The devil is in the details.” Indeed, as more government money is poured into preventive efforts, how do we avoid the mistakes of the past, whereby the conventional wisdom rules the day, despite racking-up something less than stellar outcomes?

I have been asked this question by a number of individuals, many of whom were true believers (in the conventional wisdom) before they ventured off the path. One answer is that since preventive efforts are far less expensive than acute care, the amount of money being spread around will be less, so the temptations to join the dark side would also be less. Another answer is that by its very nature—and even more so now that it will be in the national spotlight—preventive medicine must focus, with great intensity, on outcomes.

Thus, I suspect that many of the tired old “good health” recommendations currently being touted by mainstream academia and government will finally and happily collapse under the weight of their ineffectiveness.

At the same time, the method of community outreach must also improve. Cult classic Reefer Madness (1936) is ridiculed—and rightly so—as the consequences of smoking marijuana only once or twice are hysterically exaggerated. That this movie originated as a well-intentioned morality tale, only to be snatched up and re-packaged as an exploitation picture, replete with additional over-the-top footage, does not excuse its legacy.

For too long, public health community outreach—especially as it relates to youth—has not been terribly effective. Old-time sex-ed films, à la Reefer Madness, tended to portray the forbidden in a manner that was quite appealing to many kids. We may have gotten beyond that, but given that young people generally feel immortal, appeals to long-term health consequences fall on deaf ears.

Strangely, most official pleas for dietary and exercise improvement in youth still emphasize such hazards as type 2 diabetes, hypertension, and heart disease. How about just telling them that they would be more attractive if they weren’t fat?

Formed under a 1993 act of Congress, in which the community-based National Guard seemed to be an ideal entity to run such an enterprise, ChalleNGe begins with a 5 ½1/2-month quasi-military Residential Phase followed by a 12-month Post-Residential Phase. Cadets, as they are called, must be drug-free, and not in trouble with the law.

There is no cost to the participants for this federal and state funded voluntary activity, which has been described as one of the most cost-effective programs for high-risk youth in the nation. Mentors from the community are an important part of ChalleNGe, which currently operates in 28 states.

Saving high-risk youth, in itself, is a worthwhile public health strategy. Jim went through the eight core components of ChalleNGe…

Jim wants me to mention an upcoming black tie event in California—to be held at 6:00p.m. on Saturday, September 29, 2012 at the Millennium Biltmore Hotel in Los Angeles.

The evening will include a reception and silent auction, followed by a dinner program with live entertainment and a live auction. Jim says that they are expecting 400 guests, including senior National Guard and military leaders, federal, state and local elected officials, national celebrities, corporate and community leaders, and National Guard Youth ChalleNGe Program staff and cadets.

I wish them great success with this event, as well as with their efforts in expanding and publicizing their organization.