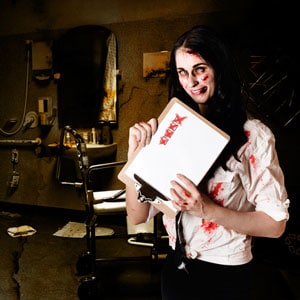 Back in December 2015, we ran a story exposing how parasitic medical non-governmental organizations (NGOs) were the prime movers behind two large, ethically-challenged clinical trials. The purpose of this research was to create data justifying the rollback of certain limitations on the maximum duty hours for medical residents. Residents, of course, are the very heart of in-patient care.

The studies in question are the now-completed FIRST trial (Flexibility in Duty Hour Requirements for Surgical Trainees) and the ongoing iCOMPARE trial (Individualized Comparative Effectiveness of Models Optimizing Patient Safety and Resident Education).

The meme driving this work is the notion that “The shorter duty shifts have increased the proportion of time trainees spend handing off care and decreased their opportunities to observe the natural history of disease and the consequences of their decision making, thus possibly negatively impacting education.” In other words, unless residents work more hours, there will be less continuity of care, with an implied risk to the patients.

Oddly, proponents of such continuity of care issues are unimpressed with another current meme in healthcare: That electronic health records would not only solve any deficiencies in charting and patient documentation, the constantly enlarged database of experience will improve the quality of care—exponentially.

Alas, the overblown claims of EHRs run in parallel with medical officialdom’s scandalous move to save a few dollars on personnel and tighten the noose of control, under the cover of “continuity of care.” Reflect back on the months before Medicare was passed in 1965, with its glowing promise that the federal government would fix healthcare for those deserving seniors (and eventually all of us). What could possibly go wrong?

When the results of FIRST were published in the New England Journal of Medicine, this column posted a critique, which—among other things—mocked the researchers’ nonsensical contention that no human subjects were involved in work that encompassed 4,330 surgical residents and 138,691 patients.

Upon the NEJM‘s publication of FIRST came a swift reaction from Michael Carome, MD—Director, Public Citizen’s Health Research Group. And, it bears repeating:

“The failures of the researchers to characterize their trial as one that involved human subjects research, to ensure that it had appropriate IRB [institutional review board] review and approval, and to obtain the informed consent of the trial subjects represented egregious ethical lapses. But equally alarming is the NEJM editors and reviewers’ inexplicable acceptance of the researchers’ assertion that their trial did not involve human subjects research, despite incontrovertible evidence to the contrary.”

Carome and Public Citizen were only warming up. iCOMPARE was also on their radar screen. It seems they filed a Freedom of Information Act request to NIH, one of the funding sources for iCOMPARE. Apparently, it is part of NIH’s mission to investigate how to cut costs in healthcare. However, rather than focusing on methods of eliminating waste (a goodly amount of which is generated by NIH itself), the agency concerns itself with grinding the residents even more.

Here’s a thought: Give up a small fraction of your prodigiously inflated budget to…hire more residents. Medicare currently covers the lion’s share of residency costs.

As to the FOIA, check out this sampling of the findings…

At least 56 of the 63 internal medicine training programs participating in the trial, either: (1) did not have the required institutional review board (IRB) review because the trial was found—incorrectly—not to involve human subjects research or to involve only exempt human subjects research; or (2) did have the IRB review occur, but the IRBs reviewed the trial using an expedited review procedure, even though the trial did not qualify for such a review procedure.

Documents indicate that the researchers recognized that the trial’s experimental intervention could be exposing the resident subjects to increased risks of motor vehicle accidents, needle-stick injuries that can expose the residents to blood-borne pathogens, and depression due to sleep deprivation. These events needed to be carefully monitored during the trial to ensure the safety of the resident subjects. But there is no evidence that the IRBs that reviewed the trial were informed of these risks and the details of the monitoring plan.

Rules required that a Data and Safety Monitoring Board be established to collect and monitor serious adverse events in the subjects of the trial, including the residents. However, this Board didn’t convene for the first time until more than three months after the trial began.

“It is urgent that the iCOMPARE trial be suspended and investigated given that residents and their patients continue to be put at risk. The newly obtained documents show overwhelming evidence of egregious ethical and regulatory lapses regarding the design, conduct and oversight of the trial. iCOMPARE epitomizes a human subjects protection system that has failed dismally at all levels.”

Indeed. If NIH is bound and determined to provide a welfare/make-work system for academic physicians—in the form of endless dubious research grants—perhaps it should worry just a bit more about the subjects of such trials.