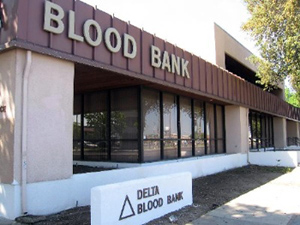 What do the words “young blood” conjure up in your mind? Do you think of the 1960s anthem “Get Together,” recorded by the Youngbloods? Or perhaps you remember the 1986 Rob Lowe film about a young hockey prospect? You might even think of the nickname given to one of Duane “Dog” Chapman’s bounty hunter cohorts. In the medical field, it refers to the notion that doctors generally prefer to use fresher blood units in transfusions.

Now, researcher Shamgar Ben-Eliyahu and team, of Tel Aviv University, have found that blood transfusions can promote cancer progression if the transfusion blood has been stored for nine days or longer. These findings were presented in an article entitled “Blood Transfusion Promotes Cancer Progression: A Critical Role for Aged Erythrocytes,” published in the December, 2008 issue of Anesthesiology. While the work in this study was performed on rats with leukemia and breast cancer, similar results (albeit not tied down to the nine day period) have been reported in humans, across a variety of cancers, and differing hospital routines.

As Ben-Eliyahu notes at the very beginning of his article:

Throughout the history of medicine, the beneficial outcomes of allogeneic (taken from different individuals of the same species) blood transfusion have been coupled with adverse reactions, including host responses to incompatible erythrocyte (red blood cell) determinants, infections, and transfusion-associated immune modulations.

In this study, the tumor rats were given allogeneic and autogeneic (taken from the same individual) transfusions, and storage times of 0, 3, 9, 12, and 14 days were examined. The work also looked at the various independent effects of erythrocytes, leukocytes (white cells) and soluble factors. Blood storage time emerged as the most significant factor.

“I don’t think this study will or should change the practices of surgeons in hospitals, but it is definitely something that needs to be investigated further in human clinical studies,” says Prof. Ben-Eliyahu. “It might have a serious impact on the survival of prostate or colon cancers—two cancers that are associated with a lot of bleeding. If our research proves to be true in human trials, it should revolutionize the way we look at transfusion in cancer patients.”

Quite often, surgeons will transfuse blood which has had the leukocytes removed, owing to the common belief that harmful effects in the recipient derive from these white cells. But, this study turned that common belief on its head. Overwhelmingly, it was aged erythrocytes, rather than leukocytes or any other blood factor, that caused the negative effects.

Then, there’s the matter of banking your own blood before an operation—a process that can take weeks. Ben-Eliyahu weighed in on this, as well—with respect to cancer. “The age of the blood itself impacts survival. The best recipe for transfusions might be fresh blood from other people. We found no differences between autologous blood and blood from other donors. The latter can be stored for much shorter durations before use.”

Of course, more research needs to be done, before medicine will accept the idea that transfusions of less fresh blood can increase cancer metastasis. Ben-Eliyahu recommends epidemiological studies to first demonstrate that blood transfusion is, in fact, a risk factor in the progression of human cancer. From that, the effect of age of the blood can be examined.

In addition, it could be that storage duration might only affect certain types of cancer.

Maybe everyone should have a blood buddy, who will accompany him to the hospital to donate the freshest blood—and if several units of of blood are needed, the patient better have lots of really good friends, with appropriate blood types.