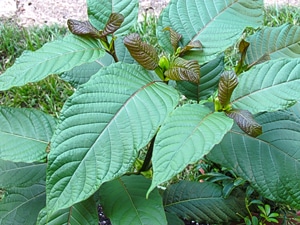 According to Google Trends, interest in the search term “Kratom” has increased sharply from 2011—by a factor of three. Insider blogs note that it trends higher than many other supplements. What’s more, vastly conflicting descriptions of its benefits and side effects are all over the Web, along with troubling reports of adulterated versions of the substance being sold online. Not surprisingly, eager beaver regulators have jumped into the fray.

But what, exactly, is Kratom? Formally known as Mitragyna speciosa, it is a tree that grows from 3-20 meters (10-66 ft) tall, native to Southeast Asia. The plant is a member of the Rubiaceae family, which also includes coffee. Kratom leaves have been used for hundreds of years by locals as a stimulant in low doses, a sedative in larger doses, an anti-diarrheal, and pain killer. This botanical has achieved a certain popularity in the US as an analgesic, taken as an alternative to over-the-counter and prescription pain meds, especially for patients suffering from conditions such as multiple sclerosis and fibromyalgia.

There are also indications for anxiety and attention deficit disorder, as well as addiction treatment. In a 2008 paper published in Addiction, entitled “Self-treatment of opioid withdrawal using kratom,” the authors note that the botanical “attenuates potentially severe opioid withdrawal,” and this finding has been echoed by such authorities as Pascal Tanguay of the International Drug Policy Consortium.

Sadly, Kratom has also achieved a certain notoriety, based on exaggerated, ratings-bait newscasts, alleging that it is dangerous and potentially addictive, frequently featuring local law enforcement officials or drug counselors comparing it to heroin and to trendy synthetic drugs like bath salts, K2, and Salvia. More often than not, however, media horror stories are conflating naturally occurring Kratom—boasting a near-perfect safety record—with spiked or adulterated Kratom. The adulterated versions include synthetic compounds, or additional alkaloids, and can be dangerous.

Indeed, some of these adulterated versions are being touted and marketed as a “legal high.” Unscrupulous addiction treatment centers, not to mention overzealous regulators and legislators, have used this situation to promote their dubious claims. The media fires are further stoked when it is mentioned that Kratom is a mu-opioid agonist, which sounds impressive until you discover that chocolate, coffee, and human milk itself also fall into this category.

As if that weren’t enough, numerous media outlets continue to report that Kratom is on the DEA list of Drugs and Chemicals of Concern, even though it was removed months ago. In a celebrated case, Palm Beach County, Florida was all set in April to mandate warning signs at shops that sell Kratom, invoking the DEA list reference. Finally, the county commissioners did the due diligence to discover, as a DEA spokeswoman confirmed with the Palm Beach Post, that the botanical is not on the “Concern” list. Rather, the agency catalogs it among the many substances currently under study.

Prominent among these research efforts is the work being done by University of Mississippi pharmacy professor Christopher R. McCurdy, under an NIH Centers of Biomedical Research Excellence grant.

“A lot of people who become addicted to methamphetamine, cocaine, or even heroin truly want to quit,” McCurdy said. “They begin with recreational use and don’t think they will become addicted, but soon get to the point where they almost must take the drug to survive, because withdrawal is so intense.”

McCurdy’s initial findings involved mice addicted to morphine. Results indicate that Kratom’s most abundant alkaloid—mitragynine—shows activity superior to methadone in the mouse withdrawal assay, and that carefully created chemical variations may provide an alternative to methadone in treating addictions to opiates.

As he stated, “Mitragynine completely blocked all withdrawal symptoms and could provide a remarkable step-down-like treatment for people addicted to hardcore narcotics such as morphine, oxycodone, or heroin. The compound has been known for years, but we’re working to come up with an improved synthetic analog or a better formulation of the tea for testing in humans.”

So, Kratom is a natural substance that treats pain and eases drug addiction. Sounds like it’s time for the regulators to back off the legit vendors, and focus on the adulterators.