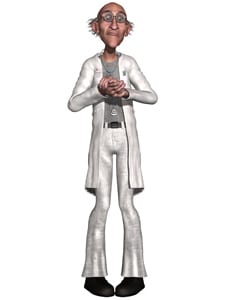 Last week’s article generated a lot of interest. It seems that many of us have had one or more bad medical experiences. But, as that piece indicated, it is by no means simple to either evaluate your doctor or a medical procedure. Indeed, the measurement of medical outcomes is fraught with difficulties, not the least of which of which–especially in older patients–is dealing with comorbidities.

Another factor, of course, is who will be rating the medical outcomes? Few fields are as rife with conflicts of interest and built-in paradoxes as healthcare. To name a few…

1.     Cognitive medicine is far less remunerative than procedural medicine. But, if the diagnosis is wrong, then the treatment will not cure the patient, and will possibly worsen his condition, or even create another.

2.     Regardless of what they may say, many patients do not take much ownership in their own health until symptoms are evident. Instead, they put their hopes in a miracle cure, thus putting too much faith in the medical system. As such, many therapies that might have produced better outcomes do not fare as well.

3.     A 2010 report issued by Health and Human Services’ Inspector General found that the hospitals it reviewed did not generate incident reports for 93% of adverse events. As to the 7% of the time when they did, the information was inaccurate 63% of the time. This boils down to accurate information on patient harm being reported 2.6% of the time. Not much of a data set to help determine outcomes, is it?

4.     Patient safety advocate Joel S. discusses the “White Wall of Silence” on his comprehensive website. Many doctors and nurses maintain a toxic level of collegiality, whereby they are loathe to report on one another. Apparently, this code helped to prolong the lethal careers of such offenders as Charles Cullen, Michael Swango, and James Burt.

Joel started his website as a means of educating and helping those who have been injured by the system, and as a means of prevention. As it happens, he is no stranger to such matters, and also has plenty of friends, relatives, and correspondents who have shared their stories with him. In light of the conflicts of interest touched upon above, Joel is convinced that healthcare cannot evaluate itself.

As he noted in a recent interview, “Nobody in medicine is ever going to figure this out. People don’t know that they are inept. The way medicine is set up, healthcare professionals have an extremely strong need to believe that they’re doing good; and that is stronger than their need to actually be doing good. So, their information collection systems are set up to support the belief–but not the reality.”

Here is some blue-sky thinking from Joel:

What if there were an agency, paid for exclusively by patients, whose job it was to watch everything having to do with healthcare in their community; everything every patient-member bought at a pharmacy or grocery; everything that was diagnosed in medicine, etc. That agency could tell you which doctors got what kind of results for which kinds of preconditions, which treatments, which facilities, etc.

Consider…There are firms that monitor Internet chatter. They look for chatter about cars and identify specific kinds of cars. They say that the first year a new car comes out they can predict which models will have recalls in future years, by listening to what current owners say about them. A similar firm focused on the chatter of pregnant women and with a very high degree of accuracy predicted which were going to have postpartum depression. The agency I’m describing above would need that kind of information in their mix. Yes. It is Big Brother.

I read about someone who watched the Internet and was able to predict who had pancreatic cancer. That is hard to diagnose before it is too late to save the patient. But patients with it have certain kinds of complaints early on that turned up in Internet communications.

Joel is talking about Big Data. Lest we forget, the benefits he describes were supposed to come from our mad rush toward electronic health records. Perhaps. Even then, I fear that most findings will be geared toward population health, and may still leave certain individuals out in the cold.

There just seems to be no substitute for everyone taking greater ownership in their own health.