COVID-19 And The Fall Of The Experts 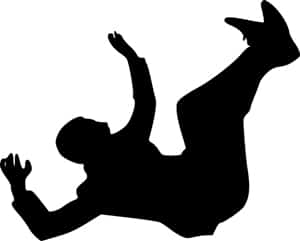 COVID-19 And The Fall Of The Experts

As we have said many times, the politics of this disease are sick and unprecedented, but it was none other than the New York Times that broke a big story on how many of the COVID “positives” could be misleading.

The most widely deployed test uses polymerase chain reaction (PCR), a technique developed by the late Nobel Laureate Kary Mullis. In essence, PCR runs the sample through amplification cycles, to create more DNA material (converted from the virus’ RNA) for testing. However, if too many of these cycles are run, in addition to live virus, it would also detect genetic fragments, leftovers from infection that pose no particular risk.

At the moment, most tests set the limit at 40, with some at 37. Listen to Juliet Morrison, a virologist at the University of California, Riverside: “I’m shocked that people would think that 40 could represent a positive. Any test with a cycle threshold above 35 is too sensitive.”

The Times piece gives plenty of examples of just how overblown these misused PCR results can be, but a good illustration is that in Massachusetts, from 85 to 90 percent of people who tested positive in July with a cycle threshold of 40 would have been deemed negative if the threshold were 30 cycles. Moreover, according to the CDC, it is extremely difficult to detect any live virus in a sample above a threshold of 33 cycles.

How difficult would it have been for the CDC to get that information out to the people who make these test kits? For what it’s worth, Elon Musk was complaining about false positives on June 29. It would be reckless to estimate how many false positives there are, but suffice to say that there are many. Is it possible that the number of cycles was increased for political reasons?

Of course, the CDC is far from the only agency that has failed us. The policies of the state of New York, whereby COVID-19 patients were forced into nursing homes cost an estimated 11,000 lives. There’s just no way to sugarcoat this epic failure. Betsy McCaughey blames this on pure politics, and, ironically, this was in direct contradiction to CDC recommendations.

So, what were these politics? Hospitals wanted to clear out elderly patients, even if they were still infected, and send them to whatever nursing homes had empty beds. As McCaughey relates, “The hospital industry’s lobbying organization, the Greater New York Hospital Association, is a mega-donor to the state Democratic Party’s housekeeping committee, which helps elect Cuomo. It gave over $1 million in 2018. The hospital industry holds more sway in Albany than real estate or Wall Street. No wonder Cuomo’s Health Department does the industry’s bidding.”

When we finally reach a consensus that the pandemic has ended (November 4 or otherwise), perhaps the greatest fall from grace will be that of the “experts.” Early on, we realized that the dire predictions of doom proffered by now-discredited epidemiologist Neil Ferguson were completely out of whack. And, remember how initial efforts to “flatten the curve,” for maybe a few weeks, morphed into total lockdown with no end in sight.

It is most interesting that there was little backlash against insanely restrictive policies, beyond complaints about political leaders who violated their own policies in full public view. Untold millions of people have suffered because of these policies, including schoolchildren who are forced to endure absurd and ineffective “virtual classroom” experiences.

When did a nation of self-reliant pioneers succumb to the tyranny of experts? As with so many modern social phenomena, it started after World War II. For the first time, the public could watch vivid newsreel footage and hear live radio reports of the fighting. Much of the time, this fighting involved high-tech weapons, aided by advanced electronics. The world was becoming complicated, and we needed the experts to run it.

Once the war ended, Benjamin Spock’s Baby and Child Care was published (1946). Finally, a book on how to raise kids—even if people had been doing that for countless centuries without expert advice. The most brilliant thing that Spock did was to begin his work by reassuring mothers, “Don’t be afraid to trust your own common sense.” But then, they had already purchased the book. Spock also favored a permissive rather than a disciplinary approach—which is a lot easier to do.

Eventually, he lost favor, owing to his wrong-headed instructions to have the baby sleep on its stomach; his bizarre fixation on how bad toilet-training could scar a child for life (later completely discredited in this book); as well as his very public left-wing political positions, including being strongly pro-abortion. Nice look for a baby doctor, right?

31 years before COVID-19 came Paul Johnson’s Intellectuals: From Marx and Tolstoy to Sartre and Chomsky. Spoiler—Johnson trashes them. Too bad he didn’t include public health officials.