Demonizing Formaldehyde For Fun And Profit 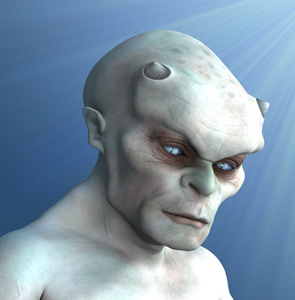 Demonizing Formaldehyde For Fun And Profit

Formaldehyde is a simple and ubiquitous molecule, used in countless products and industrial processes. The compound is synthesized by virtually every life form, and does not accumulate in the environment. However, since formaldehyde (along with everything else) is a “chemical,” greedy fear entrepreneurs are more than willing to scare the public. In so doing, they not only extract millions of dollars in dubious donations, they routinely slander and libel dozens of perfectly fine products.

Unfortunately, when industry attempts to fight back, the prevailing media narrative is nearly always rigged against it, based on the puerile notion that the fear entrepreneurs are really selfless, crusading consumer advocates. Some commentators of good will believe that improving science education would drive these charlatans out of business, but I’m not so sure. Sad to say, the biggest promoters of chemophobia are government-funded academic scientists—purveyors of all manner of attention-grabbing, but often astoundingly bad studies.

In fairness, industry does have its few allies in academia, even if many of them are loathe to state anything definitive: “More research needs to be done…”

Perhaps the earliest popular nonsense regarding formaldehyde involves horror icon Bela Lugosi. Shortly after his death in 1956, rumors began to circulate—some based on his well-known alcohol and opioid addiction problems. None were more absurd than stories told of his being forced to “drink formaldehyde,” since he was unable to derive a buzz from alcohol.

It is the methyl alcohol (aka wood alcohol) that renders formalin acutely toxic; thus, no one could routinely imbibe such a solution. Lugosi died of a heart attack at age 73, and had been free from addiction for about a year.

Forty-nine years later, Hurricanes Katrina and Rita would strike, and many victims found refuge in temporary housing provided by the Federal Emergency Management Agency—dubbed “FEMA trailers.” Well over 100,000 of these units were ordered by the government, and rushed through manufacturing. Formaldehyde resins are used in the plywood and other components of the trailers. Under normal conditions, the completed trailers are allowed to aerate before shipment for a sufficient time, so that formaldehyde vapors are fully dissipated.

But those were not normal times. Not only were the trailers rushed off assembly lines, they were occupied long before being completely aerated. To make matters worse, given the heat and humidity, they were often closed up, with air conditioning not providing optimum ventilation. Not surprisingly, some occupants complained of various symptoms that could be attributed to poor indoor air quality. Extensive testing was done, and for the most part, the formaldehyde concentrations were below allowable levels. Nonetheless, class action suits were filed, and damages were paid.

A few months after the CDC issued its July, 2008 final report on formaldehyde in the FEMA trailers, the compound was attacked again. This time, it was the alleged source of dermatitis caused by certain bras from Victoria’s Secret. As it happens, the bras in question did not contain formaldehyde, and the problems of the original complainant were later determined to be caused by her odd personal habits, including wearing the garment for several days without removing it, and washing it and herself infrequently.

The current formaldehyde battleground involves implementation of emission regulations, applicable to composite wood products. One of the most active stakeholders, throughout the development of these regulations, has been the American Home Furnishings Alliance (AHFA). AHFA has worked closely with the California Air Resources Board (CARB) to craft rigorous but reasonable formaldehyde emission standards.

Given the acceptance of the CARB regulations, in 2010, the EPA was tasked with proffering rules to enforce the standards. Inexplicably, though, EPA has proposed rules shifting the point of compliance from the composite wood product producer to the furniture manufacturer. Never mind that the very process of turning composite panels into furniture reduces the emission profile of the composite panels by at least 80 percent. Or, that many furniture manufacturers—and other users of composite wood products—are simply not set up to perform, let alone afford, the testing.

As AHFA’s Bill Perdue put it, “There are potentially over a million manufacturing jobs that will be impacted if the proposed rule is finalized without changes.”

Predictably, several major media outlets painted this controversy with all possible calumny, implying that AHFA and its members were opposed to measures protecting the health of the public. This, despite undoubtedly knowing how much AHFA and its members have cooperated in the development of the emissions standards.

In 1956, the libel against Bela Lugosi was limited to trash tabloids. Fifty-nine years later, formaldehyde-related libel has reached the elite media.