No Ethics? No Problem: The Sequel 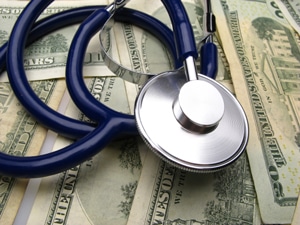 No Ethics? No Problem: The Sequel

A few weeks ago, this column ran a story exposing just a few of the shocking ethics violations that occurred in conjunction with a clinical trial called SUPPORT (Surfactant, Positive Pressure, and Oxygenation Randomized Trial). The trial’s primary purpose was to examine the efficacy of two experimental strategies for managing oxygen and two strategies of ventilation therapy in extremely premature babies. As noted in the earlier piece, the consent forms left much to be desired. In fact, it is likely that if the risks to the babies were properly outlined, few if any parents would have agreed for their children to have been part of the trial.

The notion of “oxygenation optimization” refers to the supposedly critical trade-off between giving these patients too much or too little oxygen supplementation—measured as percent oxygen saturation, via pulse oximetry. Too much could lead to retinopathy, and too little to brain damage or death. In the trial protocol “lower” was 85-89% and “higher” was 91-95%.

Despite the grandiose nature of this project, costing upwards of $20 million dollars, and the massive ethical lapses, which also included deliberate tweaking of the pulse oximeters to provide false data to the clinical staff, there was virtually no takeaway from the results of the trial. There were, however, 23 more deaths in the lower oxygen group (n=654), compared to the slightly larger higher oxygen group (n=662).

Ironically, as was pointed out by researcher and preemie advocate H. Peter Aleff, this 3.5% of additional deaths is remarkably close to the four percent figure (of increased deaths or serious neurosensory disability in survivors) already known to the Neonatal Oxygenation Prospective Meta-analysis Collaboration group. Aleff, whose own son was premature, and emerged blind from the NICU, adds that the numbers of preemies in the lower oxygen group with brain damage were not disclosed and probably never will be.

My previous article described the role of fluorescent lighting in the NICU as being contributory to retinopathy, and this position has long been championed by Aleff, who was aware of the retina-damaging aspects of portions of the fluorescent spectrum by virtue of his experience in industry—long before his son was born. He also notes that retinopathy of prematurity (ROP) was essentially unknown prior to the introduction of fluorescent lighting into the NICU.

Aleff insists—with good reason—that the entire oxygen rationing policy, forming the core of modern neonatologist theory and practice throughout the world, is based on one single and patently rigged trial that contradicted many decades of previous experience with oxygen and could never be duplicated despite several attempts. He is referring to a paper published in 1956 entitled “Retrolental fibroplasia; cooperative study of retrolental fibroplasia and the use of oxygen.” The results of this work were made public in September, 1954.

Interestingly, oxygen rationing was quite eloquently attacked in a 1982 article by neonatologist (and former advocate) William A. Silverman, MD, entitled “Retinopathy of prematurity: oxygen dogma challenged.” But it is Aleff who blows the doors off the “Cooperative” study. He maintains that a eugenics-driven mentality spawned the notion of withholding oxygen, and was concealed within the study—although not too cleverly. After all, the early 1950s epidemic of ROP was producing more blind children than our country could handle. What if you were to cull the herd by limiting oxygen supplementation for the first two days, and not include these deaths in your results?

As Aleff says: “It was only the non-reporting of this expedient mass-asphyxiation which allowed the study sponsors to enshrine their pre-trial condemnation of the life-saving gas as responsible for ROP. Since that time many have tried to replicate this finding, but no one has ever been able to incriminate supplementary oxygen as independently associated with ROP.” It is worth remembering that eugenics was more popular then (even in the wake of Nazi Germany) than it is now.

Finally, the previous article described how HHS Office for Human Research Protections had initially accused the SUPPORT researchers of unethical behavior, only to cravenly retreat three months later. In their “just kidding” letter of June, 2013, they flat-out lie:  “OHRP recognizes that the SUPPORT investigators did not design the study with the expectation that they would find a difference in mortality rates between the high and low oxygen groups.” Wow! The collaboration group already admitted to that.

But this excerpt from the same letter is even worse, and could just as well have been written by Dr. Josef Mengele:

“Ultimately, the issues in this case come down to a fundamental difference between the obligations of clinicians and those of researchers. Doctors are required, even in the face of uncertainty, to do what they view as being best for their individual patients. Researchers do not have the same obligation: Our society relaxes that requirement because of the need to conduct research, the results of which are important to us all.”

Needless to say, this goes against all applicable federal regulations, not to mention such human medical research documents as the Nuremberg Code and the Declarations of Helsinki. Government and health care are indeed a lethal mix.