Fixing How Doctors Get Paid

Fixing How Doctors Get Paid 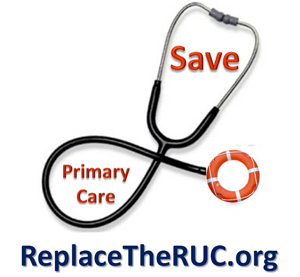 One of the many “unintended” consequences of reimbursements to physicians nowadays being made almost exclusively through third party payers, is that the patient has no idea how disastrously flawed this process actually is. Thus, the public—and most politicians—don’t realize that reforming the process will go a long way in cutting out-of-control health care costs.

Virtually all of the alphabet soup terminology and policies related to reimbursement are derived from Medicare. However, Medicare (established in 1965) has a profound influence on how all health care is delivered and paid for in the United States.

Under Medicare, physicians are paid the smaller amount of either the cost of the service or the “fee schedule amount” for the service. The fee schedules are published every year by the Centers for Medicare & Medicaid Services (CMS). The schedules are based on the so-called Relative Value Units (RVU) of the service. This RVU, in turn, is assigned to the American Medical Association’s Current Procedural Terminology (CPT) codes.

It takes but a few minutes browsing the CPT codes to determine that the reimbursement scheme massively favors procedural medicine over cognitive medicine. Or, to put it another way, specialists performing even the most routine procedures are compensated far better than primary care docs, who might be faced with an extremely challenging case.

While the bias in favor of procedural medicine was always in place, it is only over the last 20 years that the disparity has become grotesque. As a result, primary care physicians have been driven to the breaking point, and the emphasis on procedures has not only increased costs, but it also calls into question just how many of these procedures are even necessary.

A much publicized recent example incorporates the findings from 2007’s COURAGE (Clinical Outcomes Utilizing Revascularization and Aggressive Drug Evaluation) study, in which the supposed benefits of cardiac stents over drug therapy alone were effectively shattered. The results were published in an article entitled “Optimal Medical Therapy with or without PCI for Stable Coronary Disease,” appearing in the April 12, 2007 edition of the New England Journal of Medicine. “PCI” stands for percutaneous coronary intervention, i.e. the placement of a stent.

As an initial management strategy, PCI added to optimal medical therapy did not reduce the primary composite end point of death and nonfatal myocardial infarction or reduce major cardiovascular events, as compared with optimal medical therapy alone, during follow-up of 2.5 to 7.0 years, despite a high baseline prevalence of clinical co-existing illnesses, objective evidence of ischemia, and extensive coronary artery disease as seen on angiography.

These findings spawned a cottage industry of lawsuits against hospitals and cardiologists, from plaintiffs claiming that unnecessary surgery was performed on them. Other litigation concerns illegal kickbacks. There is no doubt that hundreds of millions of dollars have been paid out for unnecessary stent procedures, and that a cloud has descended over cardiac care in general.

Indeed, this fiasco demonstrates only too well that despite the huge reimbursement disparity, primary care via drugs is just as effective as procedural care in this instance for the nation’s number-one killer. Think it’s time to revamp the system?

While physicians have complained for years about the system, it is only now that a group of them are actually doing something about it.

I spoke with lead plaintiff Paul Fischer MD, who said that before resorting to litigation, his group met with the AMA and CMS—but to no avail. “At that point, we realized that the relationship between the AMA and CMS was sleazy. Then, in talking to attorney Kathleen Behan, it became apparent that it was not just sleazy, it was also illegal,” said Fischer.

Not surprisingly, the low reimbursements for primary care doctors have discouraged med students from entering the field. Fischer notes: “Now, we’re left with a society where you can get all kinds of medical procedures done to you whether you need them or not, but you can’t find a primary care physician to take care of you.”

He commented on the great timing for this litigation: “Medicare is broken and there aren’t many ways to reduce costs. Here’s something that is simple, and it will work. There are physicians who are being paid too much for procedures that are of low value. Let’s reduce these reimbursements, and make the system more equitable, which also helps the patient.”