Forbidden Topics In Health Care–Part One 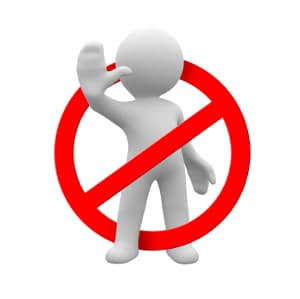 Forbidden Topics In Health Care–Part One

The official line on health care, which pervades not only the mainstream, but also much of the alternative media is this: The most important thing is that we all receive the best care, and that someone else pays for it. Which brings us to our first forbidden topic…

While what constitutes the best of anything is largely subjective, most of us agree, at least in generic terms, that certain things are better than others. Moreover, based on our budget, we usually have the opportunity to make such choices–unencumbered by third parties. No doubt, plenty of misinformation circulates regarding whatever we are interested in obtaining, but based on some due diligence, we believe that we can make informed decisions.

With health care, however, there are serious impediments to making a purely informed decision. For one thing, health care is an extremely technical field–arguably the most technical field that the average consumer will ever encounter. Many conditions are the purview of specialists or sub-specialists, and the so-called state of the art seems to be constantly changing–based on the endless avalanche of research papers. Notably, any meaningful critical review of these papers is sorely lacking.

Currently, the consensus on “best care” is a potpourri of an engaging bedside manner; the use of high-tech diagnostics, whether required or not; the dispensing of a potent drug, ideally a new and proprietary version of an old standby; and, of course, a very small co-pay. The quality of the outcome of such care is usually not considered.

Might I suggest that a better definition of “best care” would be a potpourri of superior outcome; prudent use of diagnostics, pharmaceuticals, and invasive procedures; and true cost-effectiveness–no matter who pays the tab.

Our second forbidden topic combines the hot-button issues of electronic health records (EHRs) and patient privacy, as exemplified by the HIPAA Privacy Rule…

Unashamedly touted and heavily subsidized, as well as being an important component of the Affordable Care Act (Obamacare), EHRs have been presented as the greatest thing since sliced bread, with virtually no downside. At present, before full-scale implementation of the ACA, the EHR market is already worth more than $20 billion annually, with robust growth predicted. So, if your name happens to be Epic Systems, McKesson, Cerner, Allscripts, or Siemens, the rosy description is spot on.

In my judgment, though, the truth is far closer to this observation from Leora I. Horwitz MD, MHS, of Yale Med School: “I would never go back to paper charts–clearly electronic records are better. But while they’re good, they’re so far from great it’s astonishing.” Bear in mind that Horwitz’ experience with EHRs exists within the vast resources of Yale, not exactly a typical setting.

While there is nothing wrong per se with the transition to EHRs, there are dozens, nay hundreds, of issues in health care reform that should have taken precedence. Unfortunately, it is abundantly clear that the rush to EHRs has much more to do with regulatory control, than it does with improving patient outcomes. Entire treatment modalities can now easily disappear, since they will simply not exist on software pull-down menus. Not to mention “helpful hints” that do appear for providers, so that revenues can be maximized. In fact, in many institutions, failure to abide by these hints can bring disciplinary action.

Scot M. Silverstein, MD, medical informatics guru at Drexel University, has long been an advocate of vigilance in the adoption of EHRs. Quite tragically, his worst fears were realized in 2011, when one of his 84-year-old mother’s medications–Sotalol (used to control rapid heartbeats and abnormal heart rhythms)–inexplicably disappeared from her EHR during a hospital stay. Complications ensued and she subsequently died. Not surprisingly, he blames her death on EHR problems. “If paper records had been in place, unless someone had been using disappearing ink, this would not have happened.”

Insider blogs are rife with other EHR horror stories. Perhaps, the cash incentives for early adoption of EHRs produced some unintended consequences.

Finally, there is no argument that EHRs are easier to steal and hack on a wholesale basis than old-fashioned paper records. Some unauthorized individual photocopying or poring over manila folders would be far more conspicuous than an invisible digital hacker. As to HIPAA, the most notorious breaches of EHRs have been by people who were authorized to access them. Ask Kim Kardashian, whose records at Cedars-Sinai were abused during her recent maternity admission. Despite Cedars’ reference to its “high standard for security,” it was revealed that relatively low-level hospital employees, as well as a volunteer were readily able to gain access.

And, if this weren’t bad enough, the Kardashian incident was only one of at least 12 more that occurred within a seven-day period last month. All this at one of the most prestigious medical centers in the country. Not exactly a confidence builder, is it?