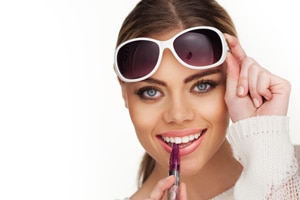 This column has previously covered e-cigs. The first article got into the outrageous conflicts of interest, whereby certain state public health agencies and allegedly health-related non-governmental organizations choose tobacco tax revenue or Pharma dollars over the well-being of its citizens and donors. This, of course, is a wonderful example of the “Bootleggers and Baptists” phenomenon, described by economist Bruce Yandle.

We spared no criticism regarding California’s scandalously misleading pamphlet entitled Protect Your Family From e-Cigarettes—The Facts You Need To Know. And, there are more where that one came from.

The second piece covered additional regulatory follies, while a third article focused on the pro-vaping documentary A Billion Lives.

The authors did state that there is evidence from two trials that e-cigs help smokers to stop smoking in the long term compared with placebo. And, no adverse events were reported in any of the studies. But, since there were only a small number of trials that could be reviewed, with low event rates and wide confidence intervals, they could not give an unqualified endorsement to the devices.

On July 26, a breakthrough study was published in The BMJ, entitled “E-cigarette use and associated changes in population smoking cessation: evidence from US current population surveys.” This effort examined data from 161,054 respondents from a survey, in which 22,458 were current smokers and 2136 were recent quitters. Among them, 38.2% of current smokers and 49.3% of recent quitters had tried e-cigarettes. This is the largest representative sample of e-cigarette users to date. The results show that e-cigarette users were more likely than non-users to make a quit attempt (65% versus 40%) and more likely to succeed in quitting for at least three months (8.2% versus 4.8%). The researchers concluded that:

“The substantial increase in e-cigarette use among US adult smokers was associated with a statistically significant increase in the smoking cessation rate at the population level. These findings need to be weighed carefully in regulatory policy making regarding e-cigarettes and in planning tobacco control interventions.”

The researchers are quite up front regarding the limitations of the study. Naturally, as with all population surveys, self-reporting is subject to recall bias. The survey questions were limited, preventing detailed analysis of the quitting process, the type of e-cigarette used, or comparisons to those who used pharmaceutical therapy.

Along with the study, The BMJ ran an accompanying editorial, written by Christopher Bullen, Professor of Public Health at the University of Auckland. Bullen notes that given the limitations, the researchers were unable to address the long term safety of e-cigarettes. Fair enough, but the point of all this is harm reduction. What is often lost in these discussions is that the real harm in cigarettes comes from the smoke, not the nicotine, and e-cigs have no smoke. Moreover, plenty of non-nicotine e-liquids are available.

Bullen concludes: “In light of this evidence, policy makers in countries contemplating a more restrictive approach to the regulation of e-cigarettes should pause to consider if pursuing such a course of action is the right thing to do for population health.”