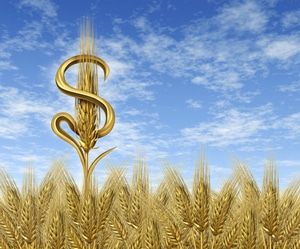 A series of disturbing videos has brought this grisly practice to the forefront, even if it is nothing new. PhD chemist and theologian Stacy Trasancos dug into the scientific literature to discover some early references…

Here’s one from 1972, entitled “Development of Mammalian Sulfur Metabolism: Absence of Cystathionase in Human Fetal Tissues,” published in Pediatric Research. According to the article’s introduction: “We have therefore examined the development of the transsulfuration pathway in 58 human fetuses, obtained at therapeutic abortion during approximately the 2nd-6th month of gestation and in liver from 5 full term and 3 prematurely born infants.”

With this harvesting, our intrepid researchers were able to make the epic conclusion that cysteine, a non-essential amino acid, “may” be essential in developing humans. For those put off by the publication date, occurring before Roe v. Wade, no worries. The work was a joint effort with Finnish researchers, where abortion was legalized in 1970. Do note the disconnect between touting the results on humans, juxtaposed against the “It’s not human, it’s only a clump of cells” mantra.

Trasancos cites a few other papers of intermediate vintage (2001 and 1991), and one from 2015, entitled “Human-specific gene ARHGAP11B promotes basal progenitor amplification and neocortex expansion,” published in Science. Although this work came out of Germany, the researchers elected to obtain their 16 wpc (weeks post-conception) human brain used for immunofluorescence analyses from Novogenix Laboratories—as featured in the notorious Center for Medical Progress (CMP) videos. This raises a few questions.

How difficult do you suppose it is to abort a 16 wpc fetus in such a manner as to not harm the brain? Bear in mind that the applicable federal law, 42 U.S.C. 289, TITLE I, Subtitle A, PART II, SEC. 111, (b)(2)(A)(ii) provides “no alteration of the timing, method, or procedures used to terminate the pregnancy was made solely for the purposes of obtaining the tissue.”

Then, there is the matter of selling the body parts. The same law, under SEC. 112 (a), states: “It shall be unlawful for any person to knowingly acquire, receive, or otherwise transfer any human fetal tissue for valuable consideration if the transfer affects interstate commerce.” The dodge, of course, is to term these transactions as “donations,” subject to reimbursement of certain expenses. Inasmuch as the harvesting company generally comes on premises to get the tissue, one wonders how great such expenses could actually be.

Still, according to a brochure from harvester Stem Express, also featured in the videos, entitled “Your clinic can advance biomedical research,” there are no fewer than three specific mentions of how participating clinics can benefit financially. These financial benefits are prominently featured on the company’s website, as well.

But, what of the benefits to the fetal donor, herself? I doubt that she is aware that at least two entities (the clinic and the harvester) are profiting from her aborted fetal donation. Why shouldn’t she get a cut? At least, the costs of an abortion are tax deductible, even if the medical expenses for a stillborn child are not. (IRS publications 501 and 502). Perhaps the CMP videos will usher in a new area of fetal body part compensation law.

The term “stem cell” simply means a cell that has not yet differentiated. Typically, a stem cell divides into two cells: A duplicate of itself; and a cell that develops into a more specialized cell type. As such, they are capable of long-term self-renewal, and can thus be utilized in medical therapies.

Human embryonic stem cells have long been touted as the next miracle cure, owing to their potential to become “anything,” but in fact have serious problems, including a tendency to become cancerous. Despite considerable research on HESC since 1998, not a single usable therapy has ever been introduced.

In contrast, adult stem cells, which do not require a fetal donation, can cure more than 70 medical conditions, and are the subject of thousands of current and completed clinical trials. An offshoot of this is the induced pluripotent stem cell. These are adult somatic cells that are reprogrammed into a state quite similar to an HESC, but with the compelling advantage that a self-transplant can be done, with no fear of rejection.

Many authorities, including Drs. Ben Carson, David Prentice (stem cell researcher), and Michelle Cretella, president of the American College of Pediatricians, have dismissed the notion that fetal tissue donations are essential for medical research…