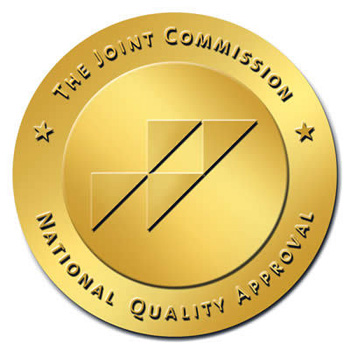 We’ve made the point many times in this column that the so-called health care crisis is forever debated within the parameters of funding and availability. Rarely is anything said about quality and outcomes. Recently, though, two big stories broke the mold: one examining the value of hospital accreditations, and the other detailing serious lapses in infection control that led to the closing of a dialysis center.

At the core of both of these stories is the rather sad finding that those who get hurt the most are the ones who can least defend themselves.

Reporter Yamil Berard of the Fort Worth Star-Telegram took a hard look at the matter of hospital accreditation, and, to be kind, found it wanting. Most of his piece focused on the Joint Commission, a non-profit organization, whose mission is “…to continuously improve the safety and quality of care provided to the public through the provision of health care accreditation and related services that support performance improvement in health care organizations.”

The origin of the Joint Commission goes back to the American College of Surgeons (ACS), a group dedicated to the principles of Ernest Codman, M.D., who proposed the “end result system of hospital standardization.” This meant that a hospital would track every patient it treated long enough to determine whether the treatment was effective. If the treatment was not effective, the hospital would then attempt to determine why, so that similar cases could be treated successfully in the future.

In the early 1950s, a few other medical groups joined with ACS to form the Joint Commission on Accreditation of Hospitals, but it was not until 1965—and the advent of Medicare—that the Commission came into its own. According to former president Dennis S. O’Leary, the responsibility as Medicare’s gatekeeper came as a shock, since they certainly did not go out looking for the job. “In fact, we woke up one morning and found some language in the legislation. It was a complete surprise.”

Fast forward to the present. Although hospitals can be accredited by state agencies, 88 percent choose the Joint Commission. But now, Congress is requiring the Commission to reapply for authority to certify that hospitals meet federal standards, and for some critics it’s about time. For years, many have complained that essentially all the Commission’s revenue comes from hospitals, leading to potential conflicts of interest.

Dr. Sidney Wolfe, director of Public Citizen’s Health Research Group complains that “The situation resembles a country-club-like setting. What’s the point of having a regulator that’s a cheerleader over the institution they are supposed to be regulating?”

And then there are the horror stories…

The Joint Commission gave Maryland General Hospital in Baltimore accreditation twice in four years. However, at the time, lab technicians were complaining that test equipment didn’t work and that hundreds of HIV tests were mishandled. State regulators found that the lab had been “rife with equipment failures and malfunctions” and had lost or mishandled specimens.

Norwalk Hospital in Connecticut won accreditation in May, 2004. Less than a month later, state regulators reported numerous violations at the hospital. One patient received ten times the prescribed dosage of a painkiller, and another had his left testicle mistakenly removed. A suicidal patient was given a taxi token and told to find a treatment center. He hanged himself hours later.

Florida’s Palm Beach Gardens Medical Center was accredited in August, 2000 even though the hospital received a less than satisfactory grade on infection control. The accreditation was affirmed in 2003, around the time that state and federal regulators were investigating more than 100 complaints of life-threatening infections in the heart unit. Fines were issued, and the hospital paid $31 million in lawsuit settlements.

Perhaps the most egregious story—and biggest embarrassment—is that the notorious King/Drew Medical Center in Los Angeles, which was finally closed down in August, 2007, after being given numerous chances to clean up its act, did have its accreditation withdrawn by the Commission in February, 2005. However, that was only a short time after it was awarded the Commission’s prestigious Gold Seal of Approval. Moreover, serious problems at the facility were well-known since at least 1999.

Given that nearly 99 percent of the hospitals reviewed by the Joint Commission win accreditation, these situations—while certainly rare—are not really surprising.

The Commission will argue that they can’t be in every facility all the time, and even rigorous federal inspections will miss items. Still, inasmuch as their new policy of “unannounced visits” actually provides 48 hours’ notice to the facility, one cannot help but conclude that the entire process is a bit lax.

As to the dialysis center story, the New York State Health Department closed down the Life Care Dialysis Center in Manhattan on September 16th, after inspectors found poor infection control practices and indicated that at least one patient has contracted hepatitis C after undergoing treatment there.

This particular inspection revealed a host of difficulties, according to Claudia Hutton of the Health Department. “It was repulsive, she said. “The treatment chairs that they gave people to relax in had someone else’s dried blood on them.” Cold comfort that the inspection that finally closed them down was a follow-up visit to check on previous violations.

Inspections and accreditation are fine, but they will never substitute for adequate training, better salaries for health care workers, and actually caring about the patients.