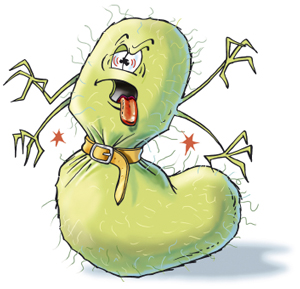 This column has examined the topic of HAIs in the past–when they were called nosocomial infections. The more generic designation was adopted a few years ago to better reflect–as they put it–the diverse health care settings currently available to patients. Cynics might add that it was also done to remove such words as hospital-acquired or hospital-onset. By the same token, “nosocomial” refers to a hospital setting.

The full impact of HAIs is notoriously difficult to pin down, even as our CDC compiles mounds of data via its National Healthcare Safety Network (NHSN)–an Internet-based surveillance system for patient and health care personnel safety. Dozens of documents detail protocols for reporting all sorts of infections, and the data is readily available. Yet, when people discuss HAIs, they always seem to go back to summary figures from 2002. Note the mixed use of “hospital” and “HAI,” per the following typical excerpt:

The CDC estimated the burden of U.S. HAIs in 2002 as 1.7 million infections in hospitals (9.3 infections per 1000 patient days or 4.5 per 100 admissions) noting that more than 98,000 of these patients die. Approximately 1 out of every 20 hospitalized patients will contract an HAI.

In a widely-read 2009 report entitled “The direct medical costs of healthcare-associated infections in U.S. hospitals and the benefits of prevention,” the direct hospital costs for HAIs are between $35.7 billion to $45 billion annually, after adjusting to 2007 dollars using the CPI for inpatient hospital services.

There are some who take issue with these figures. Betsy McCaughey’s Committee to Reduce Infection Deaths suggests that “[T]he truth is several times that number. One of the fastest growing infections is methicillin-resistant Staphylococcus aureus (MRSA), a superbug that doesn’t respond to most antibiotics. In 1993, there were fewer than 2,000 MRSA infections in U.S. hospitals. By 2005, the figure had shot up to 368,000, and by June, 2007, 2.4 percent of all patients had MRSA infections. That would mean 880,000 victims a year.”

But, she adds, this is only one superbug, that accounts for only 8 percent of HAIs. What about such killers as vancomycin-resistant Enterococcus (VRE) and Clostridium difficile? And, don’t even get her started on so-called “nightmare bacteria” (Carbapenem-resistant Enterobactericeae) (CRE), that kill 50 percent of the patients they infect.

Infection control guru Lawrence Muscarella is skeptical of a March, 2011 CDC report which concludes that from 2001 to 2009 the estimated number of central line-associated bloodstream infections in the ICUs of U.S. hospitals was reduced by 58%. This major reduction is said to “likely” be a result of coordinated state and federal efforts.

Muscarella reminds us that most of the self-reported data submitted to the CDC for this effort was not validated in any meaningful way. As such, he concludes that this report is “more conjectural than scientific, and as salient for its estimates and conclusions as for its limitations and oversights.”

Most studies of HAIs have focused on either patient-to-patient or device-to-patient modes of transmission. But, what about the hospital environment itself–specifically hospital linen? This subject was explored last year in a review paper entitled “Hospital textiles, are they a possible vehicle for healthcare-associated infections?”

One disturbing finding is that such textiles can potentially contain hundreds of millions of colony-forming units of bacteria per 100 square centimeters (15.5 sq in.) of fabric. Many case studies are cited and the general conclusion is if proper infection control procedures are followed, the attendant risk of HAIs is lower than more publicized modes of transmission. Of course, in a realm where at least 1.7 million HAIs occur annually–most of which could be prevented–that’s a very big “if.”

That’s why Rich Cordero founded BEDscroll. His new product takes microfiber materials that do not promote bacterial growth, and deploys them as a barrier with his patented scrolling process–ideally suited for the bedridden patient. As he told me:

This product is the result of extensive research, testing, and development, based on my experiences as a patient–and as someone immersed within the health care community. With the BEDscroll, hospitals have an opportunity to offer the protection patients (and other medical personnel) want and deserve. This economical solution is major advance in the fight against infection and the spread of antibiotic-resistant bacteria.

When it comes to HAIs, we need all the innovation that can be brought to bear.