Healthcare Reform: Bringing The Right Parties To The Table 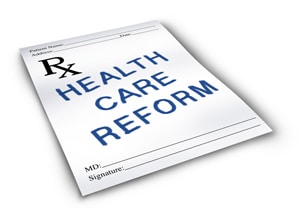 Healthcare Reform: Bringing The Right Parties To The Table

Few areas of endeavor have been subject to as much “reform” as healthcare. And, it’s no wonder, considering that healthcare spending at $3.2 trillion represents 17.8 percent of the gross domestic product. It is also worth noting that the US spends way more per capita on healthcare than any other country. Switzerland is in second place, but we outspend the Swiss by more than 30 percent.

Yet, for all this expenditure, how healthy are we as a nation? The conventional wisdom is that Americans are far down the list, compared to other first world nations. Certainly, statistics on life expectancy and infant mortality bear this out. But then, the US is much more diverse than most other first world countries, and, sadly, many serious health issues are disproportionately represented in particular ethnic groups and geographical locations. I present this not as an excuse, but rather as a serious discussion point in any reform efforts.

Another large factor in the equation is waste. A Consumers Union piece from 2014 put the amount of waste in healthcare spending at nearly 30 percent, and this figure appears in other places, as well.

An additional factor—one that is extremely challenging to measure—is the notion of “the best care.” I refer here to actions such as spending big money for the latest proprietary drug when a proven and cheaper generic alternative would suffice, or excessive procedures—referred to by some cynical physicians as a “checkbook biopsy.” No doubt, some of this is related to the practice of defensive medicine.

Strong words, indeed. But view them in light of a much-publicized study from Johns Hopkins, released May, 2016 in the BMJ. The article is entitled “Medical error—the third leading cause of death in the US.” The authors analyzed medical death rate data over an eight-year period, and calculated that more than 250,000 deaths per year are due to medical error.

Perhaps it’s not so bad that the industry is looking over its collective shoulder. Still, this can be taken to extremes. Some years ago, an acquaintance was doing clinical clerkships in medical school, and one stint was in the ER at a New York City hospital. He had just seen an elderly woman who complained of headaches. He was ready to discharge her with the usual, “Take aspirin, and call me if it does not improve by tomorrow.” But this had to be cleared by the attending physician.

Quite surprisingly, the attending told him to not discharge the patient, but to refer her out for a cat scan. As it happens, based on a previous malpractice lawsuit, this hospital felt it had a target on its back, and did not want to take any chances. After all, there was a remote possibility that the headache could be a symptom of a brain tumor. Besides, Medicare would cover it. Think such activity is rare? Think again.

Which brings us to noted attorney—and Associate Professorial Lecturer of Law at The George Washington University Law School—Wayne Cohen. Cohen is the founder and managing partner of Cohen & Cohen, P.C. During a recent interview, he told me:

“Any proposed or soon-to-be enacted legislation involving healthcare reform needs to be coauthored by lawyers. The reason is simple: A bill written without lawyers, despite the contributions of doctors, nurses, patients, and insurers, is immediately vulnerable to a challenge in the courts; because it is unwise to introduce or pass a law if you do not know what existing laws conflict with or contradict the essence of what you intend to do or have the law perform on your behalf. Far from making healthcare reform more expensive, lawyers can streamline this exercise—provided they play a role at the beginning of this process.”

Reforming healthcare is a prodigious undertaking, and it’s high time that other voices become part of the process.