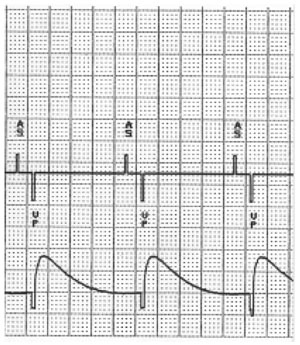 Several months ago, this column discussed the safety of microwave devices, focusing mostly on alleged deleterious effects on pregnant women, and how they might even affect male fertility. Hopefully, the piece allayed readers’ fears. Not covered in that article was the widely touted dangers that can befall people with pacemakers, if they venture too near microwave ovens. For the most part, these dangers are now historical curiosities.

The regulation has many other provisions, pertaining to safety interlocks, warning labels, and testing methods. Refer to this webpage for more details.

Note that the regulatory levels are far below the amounts known to cause harm. Furthermore, as you move away from an oven, the level of any leaking microwave radiation that might be reaching you decreases dramatically. For example, someone standing 20 inches (51 cm) from an oven would receive approximately 1 percent of the amount of microwaves received at 2 inches (5.1 cm).

Fortunately, the ovens are quite resistant to leaking microwave radiation. The literature documents two typical instances of leakage exceeding the FDA/CDRH standard. In the first case, there was a puncture of the protective metal grid at the viewing window, caused by an exploding metal food container. The second oven had a defective door seal as a result of dropping the oven off the top of a refrigerator.

Interestingly, the holes in the metal grid prevent the escape of radiation because they are smaller than the wavelength used. Visible light, however, easily passes through the holes, so you can watch what you are cooking through the window. (Microwave wavelength is about 12 cm, compared to 400-700 nanometers for visible light.)

But, what about pacemakers? Here is an excerpt from a 1992 article in the Journal of Occupational Medicine:

“In the early days of microwave ovens and cardiac pacemakers, there was a real possibility that a leaky oven with a significant electromagnetic field being emitted could interfere with operation of a pacemaker with an unshielded lead. Both problems have since been corrected.”

That’s why most authorities, including the FDA, do not recommend the posting of warning signs near microwave ovens to alert persons with pacemakers. Certainly, patients with pacemakers are encouraged to consult their physicians if they have concerns.

With the 1971 regulations in place, we are left with bizarre incidents to report:

The take-away here is to rest easy about having a pacemaker and using a microwave oven.