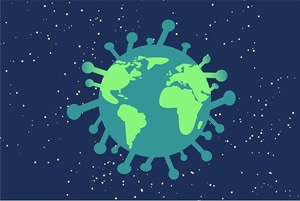 There are actually two labs in the Wuhan area where bats and humans interact. One is the Institute of Virology, eight miles (12.9 km) from the wet market; the other is the Wuhan Center for Disease Control and Prevention, barely 300 yards (274 m) from the notorious wet market. Urgent safety issues relative to both labs were raised two years ago in State Department cables.

The Institute of Virology Lab claims a Biosafety Level 4 status, while the Center claims BSL-2 status. As anyone involved with quality control knows, certifications are only as good as the diligence of the certificate holder to maintain the necessary conditions and procedures. These labs were certified by the China National Accreditation Service for Conformity Assessment, but how often they are inspected is unknown. Indeed, the Chinese government has not exactly been forthcoming with details on these labs.

Simply put, unless we can see the quality audit records of the labs, any self-proclaimed BSL level–especially as promoted amidst otherwise harsh secrecy–is pretty thin gruel. So, could a leak have occurred? Absolutely! Please note that the fact that a virus could have leaked from either lab does not mean that it was also engineered there as a bioweapon. Beware of those sources that deliberately conflate these two points, in an attempt to paint the “leak” scenario as a conspiracy theory.

Would such a leak be deliberate or accidental? There is no way to tell–any more than you could tell if a dropped pass were intentional or just legitimately missed by the receiver.

As to the “bioweapon” aspect, this, too, would be extremely difficult to prove. The best arguments against this delve into arcane details of viral genetics. But even those very experts quoted allow themselves some wiggle room:

Importantly, it (the virus’ particular spike protein) hasn’t been seen in wild coronaviruses, per Kristian Andersen, PhD, of the Scripps Research Institute, La Jolla, California, and colleagues. Although the “diversity of coronaviruses in bats and other species is massively under-sampled”–absence of evidence might not be evidence of absence.

As I indicated in a previous article, the concept of using this sort of therapy is based on reports going back to at least 2005 that chloroquine is a potent inhibitor of SARS coronavirus infection and spread. In fact, Dr. Anthony Fauci himself supported the use of this drug for coronavirus. That’s why his current skepticism is a bit disingenuous.

The Trump-hating legacy media seem to be clearly lining up against hydroxychloroquine. On the one hand, they condemn the positive results of Didier Raoult as not being a fully-qualified clinical trial (which Raoult himself states); but then endlessly proclaim the preliminary results of a far-from-perfect VA study showing negative results.

The VA study was not peer-reviewed, and was anything but a randomized trial. Here’s an excerpt from the report: “However, hydroxychloroquine, with or without azithromycin, was more likely to be prescribed to patients with more severe disease, as assessed by baseline ventilatory status and metabolic and hematologic parameters. Thus, as expected, increased mortality was observed in patients treated with hydroxychloroquine, both with and without azithromycin.”

But, there is a whole lot more wrong here and none of it is being reported in the legacy media, in their zeal to attack Trump…

Finally, I refer you to an interesting theory on COVID-19, from NYC ER doc Cameron Kyle-Sidell, who has been deep in the trenches with these patients. Could the disease be causing diffusion hypoxemia?