People With More Education Are Healthier

People With More Education Are Healthier 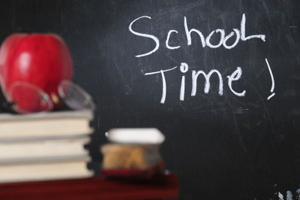 You may have heard this before, and multiple studies seem to confirm it, but let’s be precise about what we’re saying. A September, 2009 issue brief entitled “Education Matters for Health”—sponsored by the Robert Wood Johnson Foundation—expresses it this way:

[A] large body of evidence strongly—and, with very rare exceptions, consistently—links education with health, even when other factors like income are taken into account. By “education” we mean educational attainment, or the years or level of overall schooling a person has, rather than instruction on specific health topics like hygiene, diet or exercise[.]

People with more education are likely to live longer, to experience better health outcomes, and to practice health-promoting behaviors such as exercising regularly, refraining from smoking, and obtaining timely health care check-ups and screenings.

Educational attainment among adults is linked with children’s health as well, beginning early in life: babies of more-educated mothers are less likely to die before their first birthdays, and children of more-educated parents experience better health.

1.    Education can lead to improved health by increasing health knowledge and healthy behaviors.

3.    Education is linked with social and psychological factors that affect health.

Expanding on this last mechanism, the article details these factors:

A heightened sense of control implies that such people believe they can influence their life circumstances, and thus be more pro-active about their health. In general, greater educational attainment is associated with higher social standing, which itself is predictive of better health status. Social support (comfort, advice) has long been linked to improved health outcomes, and can be invaluable. According to the article…

Formal educational settings may encourage the development of friendships and interpersonal skills; people with more education and related social advantages may also have more time and resources to maintain relationships and support friends emotionally and financially.

An earlier study, conducted by the National Bureau Of Economic Research, reported that in 1999, the age-adjusted mortality rate of high school dropouts ages 25 to 64 was more than twice as large as the mortality rate of those with some college. “Those with more years of schooling are less likely to smoke, to drink heavily, to be overweight or obese, or to use illegal drugs. Interestingly, the better educated report having tried illegal drugs more frequently, but they gave them up more readily.”

I could cite more studies, and give you more pull quotes, but the big question becomes: “How do we get young people to stay in school?” Well, they have to enjoy learning, and success breeds confidence and future success. No doubt, many conventional educational institutions perform adequately in this regard, but what if parents want something more?

One approach gaining in popularity is to enroll your child at a private supplemental academy, which meets outside of regular school hours. This practice became popular in Japan in the 1970s as the Juku proliferated.

To gain more insight on this phenomenon in the US, I spoke with Shakir McDonald, Founder/Director of the B.E.E. Academy, based in Landover, MD. The “BEE” acronym stands for brilliant, educated, empowered. As the website puts it, “The mission of The B.E.E. Academy™ is to cultivate young men and women, whom are better equipped in becoming contributing, caring and capable students, shareholders in their communities and citizens of the world.”

Ms. McDonald was originally an educator in a large public school district, but became increasingly frustrated with the specter of high-stakes testing—and teaching to the test—dominating the proceedings. The B.E.E. Academy grew out of her rapidly expanding private tutoring activities. McDonald’s methods work…

We have been tracking our students now for several years, and over that time they have maintained an 80 percent honor roll rate in their own school. There are a number of tutoring programs which can’t seem to transfer their skill-building programs back to the classroom. We encounter countless parents who have been informed by these programs that their child has moved up a couple of grade levels. Yet, the child is still struggling in school.

For me, the truest testament of a supplemental program is the application of those skills in the classroom.

Kids tend to do very well in their early years because they are encouraged to ask questions, and they learn through discovery. Shortly thereafter, their IQ can decrease because they are now discouraged from asking questions or thinking outside the box. Rather, they are encouraged to assimilate knowledge via a particular way of thinking. What we do is unique in that we bring them back to that earlier thought process by using the Socratic teaching method. In this way, our students develop critical thinking skills.

What’s my opinion on the health/educational attainment connection? Broad brush, it’s likely true, but there are a host of confounding factors. Perhaps a more enlightened public policy would simply be to encourage all of us to be more pro-active about our health.