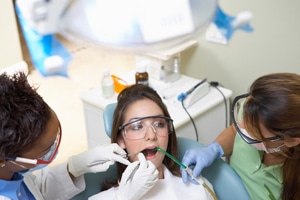 “Iatrogenic” is an adjective describing a medical condition that was induced inadvertently, by a physician or surgeon, or by medical treatment, or diagnostic procedures. Arguably, the largest, and most preventable class of iatrogenic incidents are health care-acquired infections (HAIs).

According to the CDC, the number of HAIs in acute care facilities in 2011 was 721,800. If we include all other health care settings, the number is likely twice that. The CDC also notes that around 75,000 hospital patients with HAIs died during their hospitalizations, and more than half of all HAIs occurred outside of the intensive care unit. For many who do survive an HAI, there is considerable needless suffering, not to mention added cost.

While the CDC and other agencies provide an almost limitless amount of information on how to prevent HAIs, most best practices are rather obvious, and are centered around proper aseptic technique, which includes hand washing, and prudence in not sharing any manner of intimate articles between patients. Would you re-use fast-food plasticware left on the table by a stranger?

Understandably, most of the focus on HAIs has been within hospital settings. However, according to the CDC, Americans make about 500 million visits to dentists every year. Considering that blood, saliva, and tissue—as well as exposure to instruments and other medical devices—are involved in most of these visits, interest in dental infection control has come to the fore.

Members of the Support Clean Dentistry coalition volunteer their time and are not paid. Operating costs for the coalition are sponsored/supported by DUX Dental.

“My peers and I have come together to form the Support Clean Dentistry coalition because we believe that an educated patient is an engaged patient. We want to empower patients to ask their dentist or hygienist about anything that concerns them. Whether you want to ask if they change gloves after touching a counter or to ask about how something was cleaned, the patient should ask questions or request fresh supplies.”

In October, 2012, an article entitled “Advancing infection control in dental care settings: Factors associated with dentists’ implementation of guidelines from the Centers for Disease Control and Prevention” appeared in The Journal of the American Dental Association. In this work, the authors set out to identify factors associated with implementation by U.S. dentists of four practices recommended by the CDC.

These four are: Having an infection control coordinator; maintaining dental unit water quality, documenting percutaneous injuries; and using safer medical devices, such as safer syringes and scalpels. The authors surveyed a stratified random sample of 6,825 U.S. dentists, with a response rate of 49 percent. The results were less than encouraging.

Safer syringes are one thing, but the use of common sense in handling them is another, as is the use of personal protective equipment. Quite sadly, Jenn was to discover on July 8, 2013 that her dentist had apparently not received the memo—first issued in the early 1950s, and continuously thereafter—about the importance of wearing eye protection in all environments where eye injury might occur. Working with a Novocain syringe, passing it in front of the patient’s face, and her with no safety glasses—what could possibly go wrong? How about permanent blindness with the needle dropped in her eye? Iatrogenic enough for you?

Ironically, it was the resulting infection, as the needle was contaminated with streptococcus bacteria, that was to actually cause her blindness. Check out her Facebook page and YouTube video. Jenn has become a tireless advocate of eye protection in the dental environment.

I’ll give the final word to Lawrence Muscarella, Ph.D., infection control expert, and friend of this column:

“In many ways, the dental setting is similar to a hospital’s outpatient department, such as its GI endoscopy department. Infection control guidelines applicable to these settings recommend similar type of practices, such as the proper use and disposal of needles and syringes and assuring that the water quality used during the procedure is pristine. But, studies show that compliance with these guidelines, whether it in the intensive care unit or a dental office, is lower than expected. Enhanced emphasis on staff compliance with guidelines is urged to reduce the likelihood of an adverse event.”