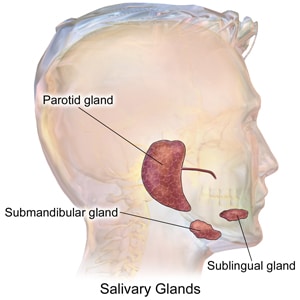 You may have heard of Herophilus (ca. 325-255 BC), a physician from ancient Alexandria, who is considered the father of anatomy. Herophilus was the first to perform dissection of cadavers, and indeed the word “anatomy” is derived from the Greek ana- (up) and tomia (cutting). Herophilus and a colleague would be the only two physicians to engage in this practice until it was restored by Italian doctor Mondino de Luzzi in 1315 in Bologna. The science of anatomy developed significantly during the Renaissance.

Several well-known artists of the period, including Antonio Pollainolo, Leonardo da Vinci, and Michelangelo Buanorotti performed dissections to investigate and understand the human body, to improve their artistic portrayals of it. One would think that by the time the first edition of Gray’s Anatomy was published in 1858, and through its many revisions, most of what we understand as gross anatomy (features visible to the naked eye) had been worked out.

So, what are the chances that 162 years later, in 2020, a set of salivary glands apparently well-hidden inside the human head would be discovered? According to this recent article, that is exactly what has happened!

In this case, radiation oncologist Wouter Vogel and oral/maxillofacial surgeon Matthijs Valstar—both affiliated with the Netherlands Cancer Institute—were examining prostate cancer patients, using a scan methodology called “PSMA PET/CT.” (Prostate-Specific Membrane Antigen Positron Emission Tomography/Computed Tomography). Lo and behold, way in the back of the nasopharynx, two areas lit up, and they looked like a pair of salivary glands.

“People have three sets of large salivary glands, but not there,” Vogel explained. “As far as we knew, the only salivary or mucous glands in the nasopharynx are microscopically small, and up to one thousand are evenly spread out throughout the mucosa. So, imagine our surprise when we found these.”

The researchers referred to these structures as “tubarial glands,” and they were also seen on the PSMA PET/CT scans of all one hundred patients examined in the study. Physical investigations of two cadavers—one male and one female—also showed them, revealing macroscopically visible draining duct openings towards the nasopharyngeal wall. As to the function of these glands, it was hypothesized that they could contain a large number of seromucous acini, with a physiological role for nasopharynx/oropharynx lubrication and swallowing.

How could the glands have avoided identification for all this time? Perhaps, the structures are situated at a poorly accessible anatomical location under the skull base, making them hard to view with a typical endoscope. The researchers add that the duct openings could have been noticed, but might not have appreciated for what they are—being part of a larger gland system. And, they contend that only PSMA-PET/CT would see the structures as salivary glands—compared to the weaker visualization capabilities of ultrasound, conventional computerized tomography, and MRI.

Certainly, more work will have to be done to confirm the validity of these findings, but in the meantime, these structures should be protected during cancer radiation therapy. Preliminary data—based on a retrospective analysis of 723 patients who underwent radiation treatment—suggest that radiation delivered to the tubarial glands region results in greater complications for these patients.

I wonder what Henry Gray (of Gray’s Anatomy fame) would think?