Some Good News About Hypertension 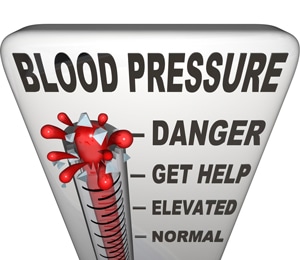 Some Good News About Hypertension

This column last covered hypertension in February of 2016. That piece presented the basics: High blood pressure per se is usually asymptomatic; it is a major risk factor for heart disease and stroke (among other things); there is some disagreement on how to classify its seriousness if age is considered; and we don’t really know what causes it.

Beyond these basics, hypertension can readily be treated with relatively inexpensive generic drugs. In many cases, a patient will have to be on multiple anti-hypertensive drugs to achieve optimal blood pressure control.

The conventional wisdom is offered in this article from St. Joseph Health, written by popular physician Julie Vu, MD. I must take exception to her emphasizing the familiar “watch your sodium” platitude. For one thing, it has been known for some time that the more important parameter is the ratio of sodium to potassium in your diet, not merely the amount of sodium.

As it happens, many foods are rich in potassium, and inexpensive supplements of this mineral are widely available. Many are surprised to discover that potato chips and salted peanuts contain far more potassium than sodium. Besides, it is virtually impossible to create a low sodium diet unless you consume few foods other than unseasoned fruits and vegetables. Remember that “low sodium” versions of common foods are hardly “no sodium” foods.

Moreover, as emphasized by James DiNicolantonio in The Salt Fix, the prevalence of hypertension in the US in the first half of the 1900s was around 10 percent. Now, it is three times as high—despite salt intake remaining remarkably stable over the last 50 years.

Dr. Vu wisely notes that hypertension “is a stealth disease—it can go undetected for years because it causes few or no symptoms.” Fair enough, but then she goes on to say: “That’s why regular check-ups are important. The guidelines for everyone, starting at age eighteen, is to have blood pressure checked every two years.” Somehow, Dr. Vu ignores the fact that except for your temperature, no vital sign is easier to measure at home than blood pressure.

After all, a decent quality automatic upper arm blood pressure monitor (sphygmomanometer) can be obtained for less than $60. Even non-hypertensive individuals can benefit from regular measurements, since nearly everyone experiences an increase in blood pressure under stress. Thus, you will have a true gauge of stress at your fingertips. And, how many times have you been told to “Lower your stress level?”

Just recently, the value of home blood pressure monitoring was confirmed in a study entitled “Improving the Management of Hypertension for Adults: The Impact of Home Blood Pressure Monitoring and Lessons Learned from a System-Level Hypertension Control Initiative.”

Lead author Roy Champion Jr. and two colleagues from Scott & White Health Plan in Temple, TX evaluated a home blood pressure program on 2550 adults with persistent uncontrolled hypertension—from September, 2016 through May, 2017. The participants were given home blood pressure monitors, along with online and print resources for tracking BP readings. This home monitoring went on in conjunction with regular medical office visits.

Champion commented, “Even with the more stringent guidelines, we showed home blood pressure monitoring is vital to achieving control among hypertensive patients.” He spoke of a “clinical inertia (patients, providers, and payers)” in getting serious about home BP monitoring.

“Putting it into proper perspective, we would never dare treat a diabetic with insulin without reviewing his or her home glucose readings. So why,” wonders Champion, “are we treating hypertensive patients without reviewing their home blood pressure readings?”

Why, indeed? Get yourself a home BP monitor. Most likely, you’ll find that you’re in good shape. But if not, you’ve got a great jump start on fixing the problem.