Statins: Still Overhyped After All These Years 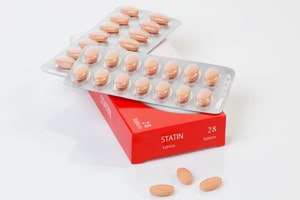 Statins: Still Overhyped After All These Years

In a rather self-serving review article entitled “A historical perspective on the discovery of statins,” Japanese biochemist Akira Endo hits all the conventional and PC notes in his 10-page (including references) trip down memory lane. From the get-go, in the abstract itself he tells us that…

“Cholesterol is essential for the functioning of all human organs, but it is nevertheless the cause of coronary heart disease. Building on that knowledge, scientists and the pharmaceutical industry have successfully developed a remarkably effective class of drugs–the statins–that lower cholesterol levels in blood and reduce the frequency of heart attacks.”

We would expect nothing less from Endo, considered the father of statin drugs, had this article been published in the 1990s. But, appearing as it did in May, 2010, in the Proceedings of the Japan Academy, his astonishingly uninformed portrayal of coronary disease etiology; and the modest benefits of statin therapy–let alone their devastating side effects–give a whole new meaning to the term “Ivory Tower.”

Endo was inspired by the work of Nobel prize winning bacteriologist Alexander Fleming, who discovered the antibiotic substance benzylpenicillin (Penicillin G) from the fungus Penicillium notatum. As such, on his mission to save the world from cholesterol, Endo began searching in 1968 for fungi that might produce an inhibitor for Hydroxymethylglutaryl-coenzyme A reductase, a key enzyme in the biosynthesis of cholesterol. Inasmuch as he acknowledges that cholesterol is “essential for the functioning of all human organs,” one wonders why he thought grossly interfering with its synthesis would be a good idea.

Indeed, Endo’s describing his search for a HMG-CoA Reductase inhibitor in the same context with one of the first–and still widely used–antibiotics is perilously close to medical blasphemy. Nonetheless, Endo’s work eventually led to lovastatin, the first FDA-approved statin drug (August, 1987). This drug would be followed by several others, making statins the best-selling class of pharmaceuticals in history.

Endo should have been aware that the majority of studies touting the efficacy of statins use the statistical chicanery of highlighting the relative, rather than the absolute risk reduction–even though all the relevant raw numbers are detailed in the publications. Consider the oft-heard claim that “Statins reduce the risk of a heart attack by 30%.”

It may have been that the risk of having a heart attack in a particular cohort was reduced from 0.5% to 0.35%. In relative terms, this is a 30% reduction, but in absolute terms is far less impressive. In fact, based on meta-analysis, statins show their best numbers among those with pre-existing heart disease, with an average absolute risk reduction of 3%. Among those without pre-existing heart disease, absolute risk reduction is 1.6%. In both cases, the risk reductions were well below the reported incidence of side effects.

As to those side effects–which include myopathy, memory loss, and hyperglycemia–more often than not, patients’ reports of these are played down by their physicians. And, in the case of memory loss, junk science is used in a truly pathetic, nay idiotic attempt to obscure them…

In a recent JAMA article entitled “Statin therapy and risk of acute memory impairment,” the authors admit that all cholesterol-lowering drugs induce memory loss, but that must be an artifact, since they found similar results with dissimilar (statin and non-statin) drugs. Lead author Brian Strom calls this artifact “detection bias.” That is, patients taking a new drug are highly attuned to their health, and to reported side effects.

Or, to put it another way, results contrary to the mainstream gospel are always the result of detection bias, because people are just so stupid. Never mind that 25% of the cholesterol in your body is found in your brain, where it plays important roles in such things as membrane function, or that in the elderly, the best memory function is observed in those with the highest levels of cholesterol.

But wait, there’s more. A couple of weeks ago, two studies presented at the American Society for Clinical Oncology conference in Chicago, are being touted as showing that statins may help prevent cancer. However, there are at least three flaws, as pointed out by Malcolm Kendrick MD, and others:

1.     The studies are observational, not randomized and controlled. As such, associations between two variables can be elucidated, but causality cannot be proved.

2.     Risk reduction is reported in relative, rather than absolute terms, which, as discussed above, is highly misleading.

3.     And in the most massive flaw, it is well known that high cholesterol is protective against cancer. Thus, those patients taking statins would likely be the ones with higher cholesterol, and therefore be more likely to show lower risk.

Yes friends, this flapdoodle is now what passes for mainstream science. As Shakespeare’s Queen Gertrude famously said: “The lady doth protest too much, methinks.”