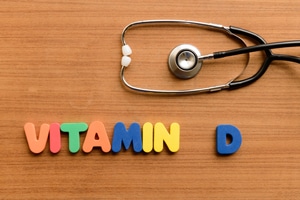 Maintaining a sunny disposition—particularly during a time of the year that leaves many anxious and depressed—is, to some extent, a matter of sunlight. A recent study, entitled “The Risks and Benefits of Sun Exposure 2016,” from Dermato-Endocrinology reveals that “men, women and children reduce their exposure to sunlight, based on concerns that this exposure will promote skin cancer.” At the same time, as the authors of this study conclude, data show that increasing numbers of Americans suffer from vitamin D deficiencies and serious health problems caused by insufficient sun exposure.

A report from the Centers for Disease Control and Prevention (CDC) further highlights the crisis involving inadequate amounts of vitamin D:

“Among children, vitamin D deficiency is a common cause of bone deformities known as rickets. Vitamin D deficiency in adults leads to a mineralization defect in the skeleton, causing osteomalacia, and induces secondary hyperparathyroidism with consequent bone loss and osteoporosis.”

“Potential roles for vitamin D beyond bone health, such as effects on muscle strength, the risk for cancer and for type 2 diabetes, are currently being studied. The Agency for Healthcare Research and Quality recently reviewed the effectiveness and safety of vitamin D on outcomes related to bone health.”

Thus, there are risks associated with inadequate sun exposure, or to put it another way, some people might be using too much sunscreen. Indeed, certain authorities think we may have gone overboard on pushing the heliophobia. Contrarians only half-jokingly wonder aloud why sunscreens don’t come with a warning that “Vitamin D deficiency may result from the excessive use of this product.”

Yet at the same time, the federal government has been explicitly advocating for sun avoidance policies. In a 2014 Surgeon General Call to Action, an official report called for Americans to “wear a hat, sunglasses, and other protective clothing, seek shade, especially during midday hours.” Proposed FDA rules would require tanning bed users to sign an “acknowledgement of risk” every six months, despite the training salon owners receive to prevent burning. Regulatory overreach, anyone?

According to the highly-detailed Rotterdam Study, the prevalence of vitamin D insufficiency (defined as serum 25-Hydroxyvitamin D concentration less than 30 ng/mL) was found to be 69.5% for the United States and 86.4% for Europe. Similar findings were reached in a study entitled “Demographic Differences and Trends of Vitamin D Insufficiency in the US Population, 1988-2004.”

The latter study noted that…

On the other hand, getting the proper amount of vitamin D—thanks, in part, to non-burning sun exposure—can potentially reduce the onset of colorectal cancer and primary intestinal tumors. Similar findings are available concerning breast cancer and non-Hodgkin’s lymphoma, where sufficient quantities of vitamin D may have a positive result on the outcome of either one of these conditions.

Even more findings regarding the cancer-preventive action of sun exposure include efficacy against thyroid cancer and kidney cancer.

Hopefully, these sorts of findings will help to reduce the stigma and the exaggerated fear of sun exposure. We should, instead, underscore the need for people of all ages to get the right amount of vitamin D. As that song from the 60s musical Hair told us—”Let the sunshine in.”