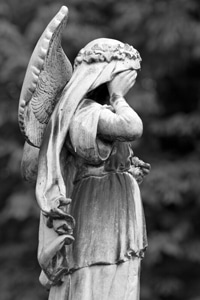 Before it was Los Angeles, L.A., or even El Pueblo de la Reina de los Angeles (“The Village of the Queen of the Angels”), this region was occupied for hundreds of years by Tongva (Gabrielino) and Chumash Indians.

The humble pueblo—destined to become world-class city—was founded in 1781 by Gov. Felipe de Neve and a small number of settlers from Mexico. The region’s first public health crisis occurred as European diseases were introduced to the native population.

“We have a complete breakdown of the basic needs of civilization in Los Angeles right now. We have the three prongs of airborne disease. Tuberculosis is exploding. Rodent-borne, we’re one of the only major cities in the country that does not have a rodent control program. And sanitation has broken down. We had a typhus outbreak last summer. We will have a typhus outbreak this summer.”

“I’m hearing from experts that bubonic plague is likely. It’s already here. It will get onto the rat fleas. And then now finally we have this oral-fecal route contamination, which is typhoid fever—three cases, one confirmed, probably three.”

Let’s unpack this a bit. While the two diseases have similar-sounding names, typhoid and typhus have little in common, even if the symptoms are comparable…

However, the vectors are completely different. Typhus infection is flea-borne; typhoid infection is food-borne. And, the pathogens are also different. Rickettsia typhi for typhus; Salmonella typhi for typhoid. “Typhi” comes from the Greek word “typhus” which meant “smoky” and was used to describe the delirium that patients would exhibit with the disease. Still, both conditions stem from poor hygiene.

Two recent highly-publicized cases involved people not within L.A.’s large homeless encampments. A police detective from the Central Division station—which does service one of the homeless camps—has been diagnosed with typhoid, and a number of fellow officers are showing symptoms. A few months earlier, Deputy City Atty. Elizabeth Greenwood, based in City Hall East, remembered getting insect bites at work. Alas, those were flea bites, and she contracted typhus. Other employees have also complained about flea bites and a rat infestation.

Poor (or non-existent) sanitation in the homeless camps is at the root of the problem, and so far, government has had little success in cleaning up this mess.

In October, 2017, the LA Daily News published an article entitled “3 reasons why so many are homeless in LA County.” The piece cited these reasons, as provided by Peter Lynn, executive director of the Los Angeles Homeless Services Authority:

Oddly, the Daily News piece ignores mental illness and addiction issues. Figures vary, based on the specific survey data, but the Treatment Advocacy Center states that “People with untreated serious mental illness comprise an estimated one-third of the total homeless population in the United States and an even higher percentage of women and individuals who are chronically homeless.”

Likewise, figures from several years ago noted that 38% of homeless people were dependent on alcohol and 26% abused other drugs. How many of them had abuse problems before they became homeless is not certain.

Clearly, the situation must be addressed, and adequate housing must be provided—ideally on some sort of workfare program for those who are able. Those with medical conditions preventing employment must be properly cared for.

Allowing these encampments to continue is simply not acceptable. As Dr. Drew said in the interview cited above, “I’m telling you as a physician, like I’m standing on a railroad track, saying the bridge is out. This could be a very serious summer.”