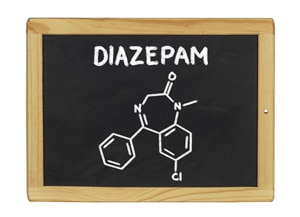 Everyone’s heard about the opioid crisis. With 42,249 deaths from opioid-related drug overdoses (2016), the Department of Health and Human Services declared a public health emergency in October, 2017. But, what about benzodiazepines aka “benzos”?

The FDA has approved benzodiazepines for a diverse set of clinical indications, including anxiety, insomnia, seizures, and acute alcohol withdrawal. These drugs are also prescribed off-label for many other conditions, such as restless legs syndrome, and depression.

Benzos act as positive allosteric modulators on the gamma amino butyric acid (GABA)-A receptor. GABA is the most common neurotransmitter in the central nervous system, found in high concentrations in the cortex and limbic system. GABA is inhibitory in nature and thus reduces the excitability of neurons; it produces a calming effect on the brain.

There are more than 15 different types of FDA-approved benzodiazepine medications, and are classified as short-, intermediate-, or long-acting. These include…

An article in the New England Journal of Medicine entitled “Our Other Prescription Drug Problem” raises several key points:

2.     In 2016, there were 10,684 overdose deaths from benzos, but since three-quarters of these also involve opioids, the harm from benzos may have been overlooked.

3.     Highly potent new forms of benzodiazepines—potentially as deadly as fentanyl—are increasingly penetrating the illicit market. And, there is the so-called “research chemical” (not a legit prescription drug) Clonazolam, an analog of clonazepam that is akin to a combination of alprazolam and clonazepam—so potent that it needs to be dosed at the microgram level using a high-precision scale to prevent accidental overdose. Overprescribing of benzos could be fueling the use of illicit analogs, just as overprescribing of opioids has fueled increases in heroin and illicit fentanyl use.

4.     While the FDA has issued a black-box warning regarding co-prescribing benzos and opioids, it should be noted that benzodiazepines carry serious risks on their own—especially when taken long-term.

5.     As the authors put it, “It would be a tragedy if measures to target overprescribing and overuse of opioids diverted people from one class of life-threatening drugs to another. We believe that the growing infrastructure to address the opioid epidemic should be harnessed to respond to dangerous trends in benzodiazepine overuse, misuse, and addiction as well.”

Popular psychiatrist Kelly Brogan, MD has posted a compelling article entitled “Before You Fill That Benzo Prescription: READ THIS.” The piece first focuses on benzo withdrawal, describing the case of one patient who was on a Klonopin taper. And I really mean “taper.” The patient was using a jeweler’s scale to cut her dose a mere 1-2% per month. The patient referred to her former doctor: “He never once told me there might be an issue with taking these meds long-term. In fact, he told me I probably needed them after I tried stopping them cold turkey and felt so sick I thought I was dying.”

Brogan details how the glamorization of Miltown in the 1950s started the trend, that led to the benzos, and the notion of “Mother’s Little Helper,”—or as she calls it the “I don’t care pill.” Brogan tells her patients to get real:

“Unfortunately, there is no magic pill. Like antidepressants, mood stabilizers, and antipsychotics, the many invitations to the world of benzos all bring you to the same room. It’s a room that many spend years trying to escape. It’s one of dependency, depression, forgetfulness, and detachment from self. That’s if you live to endure it.”

Brogan then cites an article from famed anti-psychotropics psychiatrist Peter Breggin, MD. It’s a highly detailed indictment of this class of drugs. I’ll close with some thoughts from Breggin:

“Blunting ourselves with drugs is not the answer to overwhelming emotions. Intense emotions should be welcomed. Emotions are the vital signs of life. We need and should want them to be strong. We also need our brains and minds to be functioning at their best, free of toxic drugs. That allows us to use our intelligence and understanding to the fullest. Thinking clearly is one of the hallmarks of taking charge of oneself instead of caving in to helplessness.”