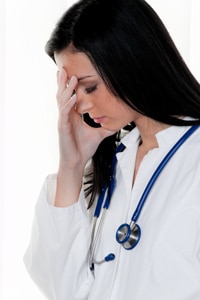 —The first day of spring is one thing, and the first spring day is another. (Henry Van Dyke)

As if another form of child abuse were really needed, Fetal Alcohol Syndrome (FAS) does its damage in the womb—much of which is irreversible. The term refers to various congenital abnormalities in the newborn infant that are caused by the mother’s ingestion of alcohol at the time of conception or during pregnancy. Since the severity of symptoms varies, authorities speak of Fetal Alcohol Spectrum Disorders, whereby FAS represents the most involved end of the spectrum.

While death of the fetus can occur, FAS sufferers can have a host of issues ranging from facial abnormalities; slow physical growth before and after birth; vision and hearing problems; small head size and heart problems; to poor coordination, balance, and memory; and all sorts of difficulties in functioning, coping, and interacting with others.

One would assume that FAS is subject to dose-response considerations, but therein lies the problem. Dangerous experiments on humans have been discouraged since the days of Josef Mengele. Thus, the most prudent course is for women to completely abstain from alcohol during attempts at conception and through pregnancy.

A study published in February entitled “Prevalence of Fetal Alcohol Spectrum Disorders in 4 US Communities” came up with much higher numbers:

“In this cross-sectional study of 13, 146 first-grade children in 4 regions of the United States surveyed between 2010 and 2016, the most conservative prevalence estimate for fetal alcohol spectrum disorders ranged from 11.3 to 50.0 per 1000 children. Using a weighted approach, the estimated prevalence was 31.1 to 98.5 per 1000 children.”

This study used active case ascertainment methods, said to be the most reliable approach for estimating the prevalence of a particular disease.

Here are some findings from a recent Medscape survey, (free login required) in which more than 15,000 physicians from 29 specialties responded:

Fourteen percent of all physicians surveyed said they are both burned out and depressed. The highest rates of specialties suffering from both burnout and depression were found among ob/gyns (20%), public health physicians (18%), and urologists and neurologists (17%). Interestingly, a higher percentage of female physicians reported burnout—48% versus 38% of their male peers.

Docs who described themselves as not burned out were asked how they deal with stress. Methods include maintaining a positive attitude; managing their expectations, and striving to balance their work and home lives. In some cases, though, they just have better circumstances—flexible schedules; locum tenens assignments, or an unusually supportive work environment.

Intuitively, burnout would seem to affect patient care. However, getting hard data on this is not easy. After all, you must first identify those physicians who admit to burnout, and then evaluate the care they provide. Who would set themselves up for such exposure? In 2016, BMJ Open published a study that performed a systematic literature review, and found only 12 papers suitable for inclusion.

There is extensive analysis presented, but as the authors put it, “[T]he current body of evidence suggests there is moderate evidence for the association between burnout and safety aspects of healthcare , whereas the evidence is weaker for the patient-related acceptability aspects of quality.” Acceptability-related measures included patient satisfaction, perceived general quality of care, and physician communication/attitudes.

If anything, the conditions promoting burnout will only increase in the future. Fortunately, resources exist to help burned-out physicians, including the work of Dike Drummond, MD.