Should You Worry About Taking NSAIDs? 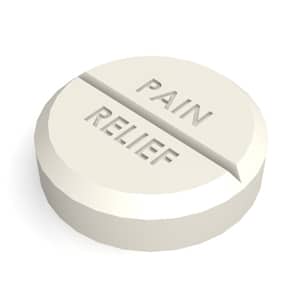 Should You Worry About Taking NSAIDs?

Nonsteroidal anti-inflammatory drugs are in widespread use, and are effective against pain and fever. All NSAIDs, including aspirin, operate by inhibiting the synthesis of prostaglandins—physiologically active substances having diverse hormone-like effects. Prostaglandins promote inflammation, necessary for healing. But with inflammation can come pain and fever. These compounds also support the blood clotting function of platelets; and protect the lining of the stomach from the damaging effects of acid.

There is a large number of NSAIDs, but the most common ones are available (at least in lower doses) over-the-counter, and include ibuprofen (Advil, Motrin, generics) and naproxen (Aleve, generics). As with all drugs in wide usage, a litany of side effects has been reported (very similar between ibuprofen and naproxen).

Gastric and vascular effects of NSAIDs have been well-documented—especially in a bravura meta-analysis of 754 trials, published in The Lancet in 2013. Among the results was the disturbing finding that high doses of these drugs raise the risk of major vascular events (non-fatal myocardial infarction, non-fatal stroke, or vascular death); by as much as one-third. “High dose” is defined as 1000 mg/day naproxen and 2400 mg/day ibuprofen. For some reason, naproxen did not promote the vascular events, but the authors advise caution here.

Another finding asserted that for every 1,000 people with a moderate risk of heart disease taking these high doses, about three would suffer a preventable heart attack, one of which would be fatal. But, Dr. Don Goldenberg, chief of rheumatology at Newton-Wellesley Hospital—who surely knows a thing a two about pain—says: “There is no medication that has no risk, and three heart attacks among 1,000 people taking the drugs is still a relatively small risk that may well be worth it for people suffering from pain.”

As to the gastric effects of NSAIDs, one troubling study indicates that under intense exercise conditions, athletes who use ibuprofen experience worse such effects…

“[I]n healthy endurance athletes, NSAID consumption can aggravate exercise-induced small intestinal injury and induces loss of gut barrier function. We consider it of utmost importance to increase the awareness of athletes and trainers toward the potential negative effects of NSAIDs and recommend that the use of NSAIDs in the absence of a clear medical indication should be discouraged.”

Wow, telling young athletes not to take pain meds; and the doses involved were not very high: 400 mg ibuprofen was ingested by the participants on the evening before the ibuprofen test days. An additional 400 mg of ibuprofen was consumed in the morning of these test days, at 7:00 AM, being 60 min before start of the experiments to mimic the normal use of ibuprofen by athletes.

So, if you’re old, have chronic pain, and some kind of heart condition, fear of NSAIDs could drive you to opioids, which come with their own set of issues: The risks of addiction, immune suppression, hormonal dysfunction, and a greater tendency to fall. Even worse, recent restrictions on opioid pain meds have forced some folks to seek heroin.

No doubt, there are therapies other than drugs that can be considered for pain management. Popular naturopath Dr. Axe describes a few of them…

Years ago, I saw this sign in a chiropractor’s office: “Pain is not a lifestyle.” And, that’s the point. Everything in life comes with some risks, and it’s all a matter of balance. Simplistic and generalized danger warnings seldom improve anyone’s health. “Population health” attempts to apply research findings to improve overall public health, and in its way, that is admirable.

The problem is that what works “at large” may not apply to you personally. More than that, many drugs—especially pain meds—are “idiosyncratic,” in that individual reactions and efficacy can vary widely. In short, you have to work your way through it. Dealing with pain, and just about everything else, is a journey. Enjoy the ride.