You’ve Heard Endlessly About Health Insurance. What About Life Insurance? 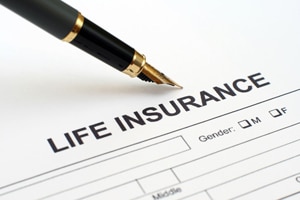 You’ve Heard Endlessly About Health Insurance. What About Life Insurance?

Let’s start with the basics: “Insurance” is a practice or arrangement by which a company or government agency provides a guarantee of compensation for specified loss, damage, illness, or death in return for payment of a premium [Oxford Dictionaries].

Due in large measure to nonstop media coverage of the genesis, promotion, and congressional approval of the Affordable Care Act (Obamacare), the topic of health insurance is on nearly everyone’s mind. Of course, even if there were no Obamacare or media blitz, the high cost of health care has made such coverage a virtual necessity for most people. But long before anyone ever thought about health insurance, there was life insurance.

How long ago? Would you believe 100 BC? Caius Marius, a Roman general and statesman created a burial club for his troops whereby funeral expenses would be covered in the event of an unexpected death. One wonders what constituted an “unexpected death” for a Roman soldier. Did Marius have actuaries?

According to IBISWorld, a leading publisher of business intelligence, US annual revenue of life insurance and annuities at $911 billion is still substantially greater than health insurance at $663 billion.

Classically, the insurance market is divided into two parts: “Benefits” and “Casualty.” In essence, benefits applies to people, and includes life, disability, and health insurance, along with annuities and workers compensation. Casualty applies to property risks, and in certain cases may cover related human damages. Since all insurance deals with a risk—if not an outright loss—consideration of such matters is not the most pleasant experience. Nonetheless, they must be considered.

When you think about it, life insurance is really a logical extension of health insurance. It’s good to know that the health care providers will be paid, but what happens to your family if you don’t survive your particular health problem? Listen to Brad Cummins, founder and CEO of Local Life Agents, an independent life insurance agency offering life insurance products in all 50 states.

“You could say my life insurance career started on June 14, 1992 when I was 14 years old. That day started off as a typical Sunday. It ended as the night my dad died from a cerebral hemorrhage. He was 42 years old. I don’t remember a whole lot from the rest of that summer. However, I do remember this: My dad did something very important several months before the night he died. He secured my way of life, my brother’s way of life and my mom’s way of life when he bought a life insurance policy. I always tell my customers….Plan for the worst and hope for the best.”

Brad’s passion for all things insurance is reflected in his provocative blog, as well as his wonderful quote engine—easily the most advanced on the Web. It not only compares every company’s policy, side-by-side, but it also displays the rates, in a sort order from lowest to highest. None of the other quote engines will show you the price at every rate class offered from every carrier.

More than that, Local Life Agents’ quote engine will shop and compare the rates separately for companies that offer a no-exam life insurance product up to a $399,000 death benefit. Any inquiry run on the main quote engine will also display the top three carriers with no-exam options, in addition to showing conventional fully underwritten policies that require an exam.

Naturally, the better your health, the lower your life insurance rates, making wellness a priority for everyone. By the same token, health does tend to deteriorate with age, so procrastination generally leads to higher rates. With the advent of Local Life Agents’ quote engine, you’ve just run out of excuses.