The 2007 Farm Bill And Why You Should Care About It

The 2007 Farm Bill And Why You Should Care About It 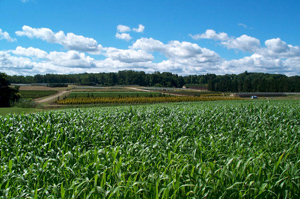 Every five to seven years, Congress approves what has become known as The Farm Bill, setting US agricultural policy, via scores of programs. Dating back to The Great Depression, when about 20 percent of our population was employed in agriculture (compared to less than 3 percent these days), the bill has not changed as much as you might think, over the decades.

To give you an idea of scale, the 2002 farm bill came in at $286 billion, so there’s one good reason to care about it. As such, the bill has great influence on what we grow, when we grow it; and therefore what we eat and how the food is processed. Moreover, provisions for crop price supports and subsidies have implications for foreign producers—and may have significant effects on small operators such as African cotton farmers.

Since one-half of American land is managed by farmers and ranchers, the environmental issues are staggering.

“The overwhelming number of farmers and ranchers want to do right by the environment, and are certainly aware of government-sponsored incentive programs, but three-fourths of those who apply are turned away due to lack of funds.”

During a recent interview at AFT headquarters, Daukas gave me a rundown on Farm Bill history.

AFT has been active in Farm Bill reform for some time. We’ve already mentioned the environmental side. Here are a few more issues that AFT is concerned with:

As of this writing, the 2007 bill just passed in the House, and AFT president Ralph Grossi is mostly pleased:

“Overall, conservation spending will increase about 35 percent. The House has done much to enhance programs like the Farm and Ranch Land Protection program (increased to $280 million annually), the Environmental Quality Incentives Program (increased to $2 billion annually for water quality, air quality, forestry, and programs to include socially disadvantaged farmers), and expanded the Cooperative Conservation program so farmers will be more effective by working together to address environmental issues.”

“This bill significantly increases funding for the USDA Fruit and Vegetable Snack Program to get more children eating fruits and vegetables in our schools and expands a number of programs to support local food systems.”

“Now the challenge is to push even further toward a better agriculture, food, and environmental future. There is much to do as the Senate begins their deliberations in September.”

As the Farm Bill is changing with the times, so is farming itself. Many small operators are taking entrepreneurial leaps into pharmacological-destined crops, and high-tech enterprises such as manure to energy conversions and carbon sequestration. Gone are the days when commodity produce is the answer, since the US no longer controls the market. Brazil, for example, is putting hundreds of millions of acres online, devoted to soybeans, sugar cane, and corn.

But with good old American ingenuity, and groups like the American Farmland Trust pushing for reform, the future is bright.