Another Look At Ibogaine 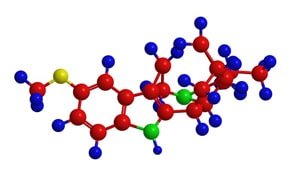 Another Look At Ibogaine

This column first covered ibogaine last September. In the type of serendipitous turn that one might expect from the drug subculture, this naturally-occurring hallucinogenic drug was discovered—in the 1960s—to have powerful anti-addictive properties.

However, as a hallucinogen, ibogaine is classified as a Schedule I controlled substance [21 U.S. Code § 812]. To wit…

(A)The drug or other substance has a high potential for abuse.

(B)The drug or other substance has no currently accepted medical use in treatment in the United States.

(C)There is a lack of accepted safety for use of the drug or other substance under medical supervision.

It is notoriously difficult for researchers to secure approval for studies on Schedule I controlled substances. More than that, Big Pharma’s interest in ibogaine is minimal, since it is not proprietary. Besides, pharmaceutical “replacement therapy” solutions such as suboxone and methadone have long been available.

In the September article, we did cite a few studies on ibogaine, but much of this work was on animal models. The human results were promising, but preliminary. As it happens, ibogaine treatment is legal is several countries, including Brazil, Canada, Mexico, the Netherlands, Norway, the United Kingdom, and South Africa. As such, a 2014 paper from Brazil entitled “Treating drug dependence with the aid of ibogaine: A retrospective study,” provides some interesting findings.

The authors wanted to evaluate the safety and efficacy of ibogaine, so they analyzed data from 75 previous alcohol, cannabis, cocaine and crack users (72% poly-drug users), under ibogaine treatment:

“We observed no serious adverse reactions or fatalities, and found 61% of participants abstinent. Participants treated with ibogaine only once reported abstinence for a median of 5.5 months and those treated multiple times for a median of 8.4 months. This increase was statistically significant (p < 0.001), and both single or multiple treatments led to longer abstinence periods than before the first ibogaine session (p < 0.001). These results suggest that the use of ibogaine supervised by a physician and accompanied by psychotherapy can facilitate prolonged periods of abstinence, without the occurrence of fatalities or complications.”

What about side effects? This issue is a bit cloudy. On the one hand, advocates point out that the Iboga plant has been used safely in African spiritual rituals for hundreds, if not thousands of years. Still, published studies document side effects including ataxia (loss of muscle coordination), tremors, photosensitivity, nausea, vomiting, slight changes in blood pressure, and possible interaction with drugs metabolized via the CYP4502D6 pathway.

Since a goodly number of drugs are metabolized via that pathway, most ibogaine treatment programs insist that all patients refrain from taking any other meds while on treatment. Indeed, all responsible advocates of ibogaine treatment require that patients be under the care of a physician directly involved with the therapy. Of necessity, all legit ibogaine addiction treatment centers are located outside of the United States.

One of the best—with more than 20 years of experience—is Clear Sky Recovery, based in Cancun, Mexico. Among other distinctions, Clear Sky is the world’s first medically-based ibogaine clinic; and its founders are the only researchers in history ever granted FDA approval for clinical testing of ibogaine on human, drug-dependent individuals within the United States (FDA IND 39,680).

“Medically-based ibogaine treatment, administered by board-certified physicians, in a licensed medical center, can offer an extraordinarily effective, safe, and painless detoxification from addictive drugs. In addition, ibogaine often provides patients with a perspective shift and the new-found ability to see themselves and their behaviors in a different light, giving individuals a window of opportunity wherein people become open to the possibility of real change occurring.”

“Ibogaine’s legal status as an unlicensed and unregulated medicine in most parts of the world, makes it extremely important to conduct due diligence on the backgrounds and history of the people who are running the ibogaine clinic you are considering as your treatment provider. We developed and continuously evolve the safety protocols which are foundational to the ibogaine treatment industry.”