Anxiety, Depression, and Drugs, Oh My

Anxiety, Depression, and Drugs, Oh My 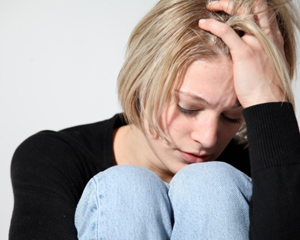 Last summer, The New York Review of Books published two lengthy articles by Marcia Angell, MD—Senior Lecturer in Social Medicine at Harvard Medical School and former Editor in Chief of The New England Journal of Medicine. In these articles, Angell reviewed three books which take a critical look at psychiatry and its relationship with the pharmaceutical industry, and also examined the DSM-IV-TR (Diagnostic and Statistical Manual of Mental Disorders, Fourth Edition, Text Revision).

Some of the findings of the books she reviews are quite disturbing: The major psychoactive drugs are revealed to be no better than placebos; the “chemical imbalance” theory of mental illness is mostly nonsense; psychoactive drugs are being given to children as young as two; and the process whereby the DSM—a major source of income for the American Psychiatric Association—is complied is fundamentally flawed.

One of the reviewed authors—Irving Kirsch, PhD—goes even further. Bear in mind that drug companies must turn over all clinical trial data to the FDA, but need only show positive results in two studies to gain approval, and these of course are the ones that are published in the journals. The FDA regards the negative studies as confidential material.

Venturing where few had gone before, Kirsch obtained all the clinical trials data on six major psychoactive drugs via the Freedom of Information Act. There were 42 trials and most of them were negative, which in itself is not remarkable. However, what was surprising to him was that in many cases, there was no dose-response curve. This means that high doses of the drug worked no better than low doses—a paradoxical conclusion if a drug is supposed to be effective.

Moreover, there were instances in which so-called “active placebos” were employed in trials of antidepressants, so that certain side effects of real drugs (such as dry mouth) could be emulated in an otherwise non-active agent. In these cases, there was absolutely no difference in efficacy between the antidepressant and the placebo.

[T]he relatively small difference between drugs and placebos might not be a real drug effect at all. Instead, it might be an enhanced placebo effect, produced by the fact that some patients have broken [the] blind and have come to realize whether they were given drug or placebo. If this is the case, then there is no real antidepressant drug effect at all. Rather than comparing placebo to drug, we have been comparing “regular” placebos to “extra-strength” placebos.

Whether drugs are effective or not, Angell acknowledges that “Americans are in the midst of a raging epidemic of mental illness, at least as judged by the increase in the numbers treated for it.” She also notes that the number of Americans who qualify for Supplemental Security Income or Social Security Disability Insurance based on mental illness more than doubled between 1987 and 2007—from one in 184 to one in 76.

And now comes a study from Dr. Dawn E. Alley—assistant professor of epidemiology and public health at the University of Maryland School of Medicine. The work, published in American Journal of Public Health, focused on adults over 50 and found high rates of depression among those behind in their mortgage payments, and a higher likelihood of making unhealthy financial tradeoffs regarding food and needed prescription medications.

Alley comments: “We knew of the link, but we were surprised by the magnitude of the problem. These people were more than bummed out.” One Maryland nonprofit statewide mental health counseling referral service reports that almost one-third of cases now involve people who have lost their homes or their jobs.

I guess they weren’t too big to fail.

One approach to getting out from under distressed property is to have it purchased by an investor, but homeowners are advised to know their prospective buyer. Dallas-based Chas Carrier filled me in. Although he can’t help everyone who calls, as he puts it:

Most people who come to us have little experience with buying and selling homes. Even if we can’t help them, we are objective, and can give them good information that can get them on the right track to solving their problem.

He cites a recent case in which he helped a 95-year-old woman sell her modest home. As it happens, even though she had lived in the house for 60 years, and owned it free and clear, there were still big title problems that he guided her through. Chas doubts that smaller organizations would have had the resources or even the inclination to take on such a transaction.