The Downside of Tanning Your Hide

The Downside of Tanning Your Hide 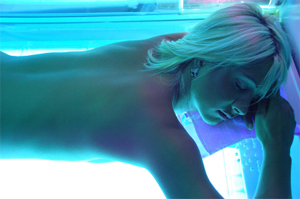 Human behavior sure is a funny thing.

Literature of the 18th and 19th centuries often described a character as “a fine figure of a man.” But, this didn’t mean that he had washboard abs. Far from it. The phrase meant that he had a nice round belly. Therefore, he was prosperous. Similarly, the desirable figure for a woman was “pleasantly plump.”

Likewise, once civilization established upper and lower classes, whereby the lower classes tended to be the ones who worked in the fields, a pale look was considered the ideal. Many toxic concoctions, including lead-based paints and arsenic were used to lighten the skin. More recently, women would carry parasols to preserve their pallid appearance.

However, times have changed. These days, thin is in, as all kinds of deleterious effects are being blamed on obesity. And, thanks to the Roaring Twenties and Coco Chanel, many people still equate a well-bronzed look with good health. Not only did this legendary French designer free women from confining clothing, she also got one of the first publicized suntans, when aboard the Duke of Westminster’s yacht.

The suntan had arrived! Epochs of human history were turned on their heads as a tan—especially a winter tan—became a symbol of wealth, beauty, and status.

It was not until 1979 that the FDA developed the first rating system for SPFs (Sun Protection Factor). By 1985, the American Academy of Dermatology (AAD) became the first medical society to start a public education campaign, warning the public about the dangers of overexposure to the sun. In 1988, the AAD held a consensus conference on photoaging and photodamage. The conclusion from that conference was that “there is no safe way to tan.”

Some years before the SPF rating system came out, tanning salons began to sprout up all across the country, either as self-contained enterprises, or within health clubs. Although tanning devices and sunscreens are subject to certain federal regulations, there is scant regulation of the establishments themselves. A handful of states prohibit tanning salons from making any claims regarding “healthy tans.” Only the cosmetic benefits can be touted.

To better understand tanning, burning, and worse, let’s look at the science. The penetration of UV rays to the skin’s inner layer produces more melanin. As the melanin migrates toward the outer layers of the skin, it is visible as a tan. But, rather than being indicative of good health, it is most likely a response to injury, appearing as it does after the UV rays have killed or damaged skin cells.

Natural sunlight contains ultraviolet (UV) radiation, and the UV rays are characterized as UVA, UVB, and UVC, based on the wavelength. UVC is the most dangerous, but is completely absorbed by stratospheric ozone and does not reach the earth’s surface. Much—but not all—of the also harmful UVB is absorbed by the ozone layer. While this portion of the rays is required for Vitamin D synthesis, it can redden the skin in the short term, with skin cancer, cataracts, and suppression of the immune system as the long term effects.

Most of the UVA does come down to earth, and too much UV-A causes photoaging, suppression of the immune system, and, to a lesser degree, reddening of the skin, and cataract formation. Recent studies suggest that it too might be a factor in skin cancer.

For their part, based on the established notion that UVB was the bad actor, the tanning industry responded by lowering levels of UVB emitted by their equipment. Yet how low is low enough, and what about the newfound effects of UVA?

Over 1 million people develop some form of skin cancer each year. More than 90 percent of skin cancers occur on areas regularly exposed to UV radiation, and a significant source of excessive UV exposure is tanning beds.

According to the the American Academy of Dermatology:

“In the United States, someone dies from skin cancer every hour. The overall incidence rate for melanoma is increasing faster than the rate of any other cancer. A tan does not prevent sun damage, it is sun damage.”

Many dermatologists are blaming the increasing number of young people being diagnosed with melanoma, one of the deadliest forms of cancer, on the tanning industry. As such, some jurisdictions now require parental permission for kids under 18 to enter tanning salons.

Don’t be a slave to fashion. Be sensible, and protect your skin and your health.