Fattening Up Our Kids With School Lunches

Fattening Up Our Kids With School Lunches 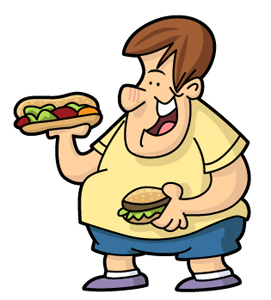 While institutional food has always had a bad reputation, thus spawning the expression “rubber chicken,” nowhere is it as bad as in schools. Once again, despite all the political cries for “the children, the children,” they are the ones being hurt—by the very government programs that were put in place to help them. This is especially sad since young children are most susceptible to making poor eating choices, setting them up for a whole range of maladies stemming from obesity.

“The food currently provided through the National School Lunch Program has not kept pace with what we know today to be truly healthy and nutritious food. Rather, the foods provided in the program under the guise of good nutrition—chili cheese dogs, pepperoni pizza, cheeseburgers, and pork chops—are there to prop up farm incomes and are part of the problem that has created a generation of overweight children.”

Established in 1946 by the U.S. Department of Agriculture, the National School Lunch Program (NSLP) is one of five federally funded child nutrition programs that provide meals, snacks, and other food to children. The NSLP serves approximately 30 million lunches a day; approximately 100,000 schools participate. The program cost $8.2 billion in 2006.

Participating schools receive cash subsidies and commodity foods for each meal served and bonus commodities, as they are available from agricultural surplus. Certain nutritional guidelines are in play, as well as requirements to feed lower-income kids. All told, approximately 17.5 million students receive a free or reduced-price school lunch.

Notably, the nutritional guidelines are not exactly rigorous:  No more than 30% of the calories can come from fat, with less than 10 percent from saturated fat. And, school lunches are to provide one-third of the recommended dietary allowances of protein, vitamin A, vitamin C, iron, calcium, and calories.

Besides offering government-subsidized fare, at least 20% of schools also sell branded fast foods such as Pizza Hut and Little Caesars pizza, or McDonald’s burgers and fries, according to a 2000 study of school health policies and programs by the Centers for Disease Control and Prevention. Vending machines are present in 43% of elementary schools, 74% of middle schools and nearly all of high schools. The machines aren’t supposed to operate in lunchrooms during lunch hours, but in practice they often do.

“Pork-barrel politics is ruining our children’s health. [In 2002], the USDA foisted 420 million pounds of pork, beef, and other unhealthy products on our kids and other recipients of feeding programs just to prop up sagging farm profits. In fact, the government’s two biggest expenditures for the National School Lunch Program were $179 million for cheese and another $170 million for beef. Does anyone really think our already out-of-shape kids need more cheeseburgers?”

Well, maybe it’s not about the kids. It’s about the dollars. According to food-service software guru Mitch Johns, most schools at best break even on the federally subsidized hot lunches they serve. Yet on premium-priced a la carte foods such as chicken fingers or a ham sandwich, they can earn profit margins of 50% or more.

Teachers have weighed in on this matter, as well. Valerie Butler teaches high school math in Houston:

“They feed our children garbage. That food is not what our children need. They get sugar in the morning, which makes them hyper, and we have to educate them. Then doctors put them on medication. [At noon], they get ‘mystery meat’, which makes them lethargic for class. The food doesn’t promote good health or nutrition.”

So, how do we improve the situation? While efforts are ongoing to improve food quality at schools, with healthy alternatives available in many cases, acceptance among the junk food addled kids is far from universal. Children simply have to be told what’s good for them, and that starts at home.