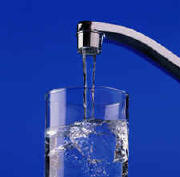 A couple of weeks ago, a news story appeared regarding a Harvard researcher, who some accuse of covering-up results unfavorable to water fluoridation. Chester Douglass found that the odds of having osteosarcoma (a rare form of bone cancer) after drinking fluoridated water were “not statistically different” from the odds for those who drank non-fluoridated water. However, Elise Bassin, a doctoral student supervised by Douglass who studied some of the same people, reported in her 2001 thesis that boys who drink fluoridated water appear to have an increased risk of developing the disease.

As you might expect, this was more than enough to get conspiracy theorists of all stripes to pounce out of the woodwork. Douglass, you see, is editor-in-chief of the Colgate Oral Health Report, a quarterly newsletter funded by Colgate-Palmolive Co., which makes fluoridated toothpaste. This must be a conflict of interest!

While the investigation goes on, we should note that Bassin’s work (still unpublished, but somehow leaked) dealt with a very small cohort, and if all she looked at were differences in the water fluoride concentration, this was not very good science. Consider the potential results of a study that examined two groups of people—one group that has lung cancer, and another that does not. But, instead of looking at who smoked, we focus instead on the fluoride concentration in their water supply. I have no doubt that the results could be sliced and diced to show a fluoride correlation with lung cancer. Yet, this would, of course, ignore the primary cause.

And, while you may laugh at my hypothetical study, you only do so since you know that smoking is a primary cause of lung cancer. The problem is that we don’t know what causes osteosarcoma. Bassin could just as easily have correlated it with favorite TV shows of the boys in her group.

In fact, fluoridation of water is one of the most studied public health items of all time. The decay fighting benefits of fluoride were discovered by Colorado dentist Frederick S. McKay, who was trying to track down the origin of a certain type of tooth stain, prevalent in several states in the Southwest. He determined, in 1931, that the staining and resistance to decay were both caused by the high concentration of naturally occurring fluoride, common to that region.

After this finding, a team from the U.S. Public Health Service, under the direction of Dr. H. Trendley Dean, evaluated the dental health of 7,000 children in four southwestern states, to determine the optimum fluoride concentration for protecting the teeth without staining. This was found to be 1 part-per-million (ppm).

A landmark study was done in 1945 whereby fluoride was added to the water in Newburgh, New York, an area where there the water contains almost no naturally occurring fluoride. Over a 10-year period, the children of Newburgh developed 60% fewer cavities than the children of the comparable city of Kingston, where the water was not fluoridated.

That fluoride occurs naturally in the water at varying levels around the country, including concentrations much higher than 1 ppm, has made it easy to look for negative effects on a grand scale. Studies have been run comparing rates for cancer, heart disease, birth defects, and allergies in regions with high, medium, and low concentrations of fluoride. The results are always the same: The sole adverse effect is staining of the teeth, when the fluoride concentration is much higher than 1 ppm. Recent data indicates that fluoridation reduces the incidence of cavities 20% to 40% in children and 15% to 35% in adults.

All of this, though, is lost on the conspiracy nuts. Fluoridation was a Commie plot in the 1950’s, even though the Ruskies also fluoridated their water. Our “rights” to pure water were being violated by adding fluoride, even though fluoride occurs naturally in much of the country. And, since fluoride is a by-product of certain industrial processes, and is used in rat poison, “therefore” there is a massive conspiracy to poison us.

If there really were a Communist plot, it was dumbing down the educational system so that nonsense like this could still see the light of day.