Lack Of Trust In The Health Care Industry: A Branding Crisis 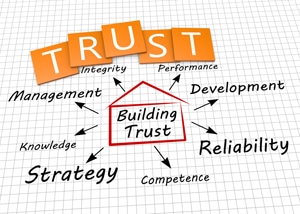 Lack Of Trust In The Health Care Industry: A Branding Crisis

Because health care can become a life or death matter, there never seems to be a shortage of crises. For example, the launching pad for approval of the Affordable Care Act (Obamacare) was the insurance coverage crisis. Tens of millions of Americans did not have health insurance, and the sheer numbers involved, combined with potential financial devastation, pushed this crisis to the forefront.

Although it is not normally called a “crisis,” the widespread use of so-called Complementary and Alternative Medicine (CAM) does not reflect well on mainstream medicine in the US. According to the National Center for Complementary and Alternative Medicine, approximately 38 percent of adults and 12 percent of children are using some form of CAM. Let’s be precise with our definitions (also taken from NCCAM).

It should be noted that the agency strives to explore CAM via rigorous scientific methods, to build an evidence base for the safety and effectiveness of these practices. The implication here is that all of conventional medicine is currently supported by such an evidence base, which of course is not true. Moreover, a surprising amount of oft-cited “evidence” for conventional therapies is far from definitive, or even persuasive.

Nonetheless, in light of so many enthusiasts, we must ask this question: Why are people turning to CAM?

Dozens of answers can be proffered, but a starting point is that while conventional medicine succeeds best in treating acute conditions, the majority of medical complaints involve chronic conditions. Thus, unresolved chronic illnesses, and the frequent lackluster results of over-hyped pharmaceuticals, will inevitably lead to dissatisfaction. It doesn’t help that many health care consumers are also unhappy with their doctor/patient relationship.

In 2011, studies by SSI and The Research Intelligence Group revealed that two-thirds of patients around the world feel disrespected by their physicians. A big reason is poor communication: Almost 25% of patients complain that physicians don’t answer questions, don’t involve them in treatment decisions, and use medical terms with no explanation. No doubt, this is connected with 44% of patients believing that the doctor spends too little time with them.

The “too little time” finding segues into the theme of insurance carriers being unresponsive to the needs of patients, by so limiting physician reimbursements as to force limited face time. Likewise, hospital reimbursements are often slashed, surely affecting the in-patient experience. It doesn’t take a marketing genius to determine that the U.S. health care industry is in the midst of a branding crisis–notwithstanding great technological progress–because it lacks the social trust among existing clients and potential customers, vital for long-term success.

I got some observations from Filiberto Amati, founder of Amati & Associates–an international team of Innovation Catalysts and Branding Architects.

“Regardless of politics, the health care industry in the United States is in the midst of major changes. The industry’s key players need to rebuild trust with the public, starting with a shift that focuses more on people and less on price promotions, which undermine trust and worsen an already difficult situation. Instead, surprise–and delight–existing customers, while recruiting new ones.”

“This process involves the use of a brand benefit ladder, built with relevant and distinctive insights from consumers. The second phase of this plan should transition from an emphasis on functional and technical benefits (like cutting edge technology and individual services) to specific societal advantages (such as highlighting personal wellness, free diagnostics for local communities, and various educational and prevention programs). The health care industry must do these things with absolute sincerity–everything centers on trust–so the system as a whole can improve.”