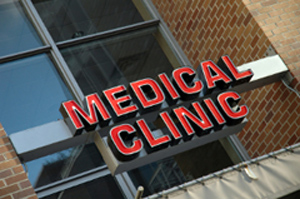 One of the more interesting and initially puzzling aspects of the real estate market is that it is always “good,” or so we are told. The solution to this supposed mystery is simple enough. Sometimes it’s a seller’s market, and sometimes it’s a buyer’s market, but since both buyers and sellers are represented by the same group of agents, the market must always be good, right?

While agents who specialize in residential properties—especially in certain parts of the country—might want to argue with me, few authorities have had anything but positive things to say about the health care real estate market. And why not? We’ve been told ad nauseam that the baby boomers are getting older and sicker. Indeed, starting in 2011, and continuing for 19 more years, 10,000 baby boomers will be turning 65 every single day.

Naturally, there will be high demand for service and care geared toward the needs and interests of this group of baby boomers. An aging population creates a substantial increased demand for health care services. As it relates to real estate, this fact adds to the proof that health care is the fastest growing and most stable part of our economy, and will likely continue for decades to come. As the population continues to age, patient loads could continue to rise along with the demand for more clinic space.

Of course, that quote appeared before the Patient Protection and Affordable Care Act (Obamacare) was challenged in the Supreme Court. Richard Taylor, managing director with Jones Lang LaSalle’s Healthcare Solutions Group, offered a more nuanced point of view, just over a month ago. He identified three factors contributing to what he described as the current environment of “predictable uncertainty.”

First, there are a multitude of laws inside the [health care reform] bill that we don’t understand and haven’t even been created yet. The second is unemployment, which means lower revenue for hospitals, fewer elective surgeries, fewer people with commercial insurance, and lower reimbursements. The third pressure is deficit reduction, which will affect the key sources of revenue for the health care industry. The federal government is reducing Medicare reimbursements, and cash-strapped states are having difficulty funding Medicaid programs.

It is noted that certain investment advisers, including Kiplinger’s Personal Finance in January of 2011, recommended getting out of real estate investment trusts, and made no exceptions for the once-vaunted category of medical REITs. One concern is that they are expensive to begin with, and over-expansion—in light of possibly declining revenues—could precipitate a significant drop in price. Another is that the biggest tenant is the government, whether directly, through ownership of medical facilities; or indirectly, via Medicare and Medicaid payments.

One trend that has escalated in the past few years is the idea that private practice medical office space should be located close to, or right on a hospital campus. At the same time, many patients are starting to appreciate the convenience and relatively quick turnaround offered by alternative facilities such as urgent care clinics, and walk-in clinics located at large pharmacies. Thoughtful observers wonder how long the old model of redundant private medical offices, housing practices that are barely solvent, can be sustained.

To gain further insight, I recently spoke with Houman Mahboubi (Managing Partner) and Mark King (Investment Associate specializing in medical leasing) of BRC Advisors. Houman and Mark are both based in BRC’s Beverly Hills, CA office. In some ways, Beverly Hills would seem to be relatively immune to market forces affecting most of health care real estate, but evidently not across the board.

Houman and Mark mentioned that there was a bitter lawsuit involving a 300,000 square foot (27,871 square meters) private building, originally destined for medical offices, that got in the way of the ever-growing reach of Cedars-Sinai Medical Center. The building was switched to finance/general office purposes. While Beverly Hills is an international medical destination, and a goodly number of cosmetic procedures are performed (not subject to insurance reimbursement) Mark indicated that the boom is on the wane.

Ironically, this boom itself was fueled by real estate, as he explains that many people used the equity in their homes to finance this sort of surgery.

As Mark put it: “You have to know your market. Here’s a perfect example. Recently, Houman and I were working on a deal where we had some inside information with regard to a building being put up for sale. This is a pretty significant issue because if I put a doctor into a building, and I don’t know that the building is changing hands, then I cannot negotiate effectively for the client. You’ve got to know the people who own these buildings and their M.O.”

Whether in Beverly Hills, or in less rarefied environments, the medical professional searching for office space is well-advised to seek the services of the best real estate pro he can find.