A Look At The Link Between Obesity And Diabetes

A Look At The Link Between Obesity And Diabetes 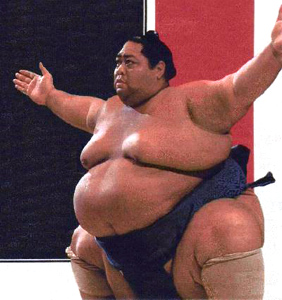 Our own CDC says it as well as anyone: “American society has become ‘obesogenic,’ characterized by environments that promote increased food intake, nonhealthful foods, and physical inactivity.” A visit to the portion of CDC’s website devoted to obesity will give you all the depressing statistics you will ever need to realize that we have a big, fat problem.

Numerous counties are identified in which 30 percent or more of the adult population is obese, and 10 percent or more have diabetes. “Obesity” is defined as having a Body Mass Index (BMI) of 30 or higher. One can only speculate how high the figures would be if the bar were lowered to include all those defined as “overweight,” having a BMI from 25-29.9.

Since the two unwelcome trends of increased obesity and increased diabetes seem to have occurred in parallel, and since most Type 2 diabetics are overweight (at least), obesity is identified as a risk factor for Type 2 diabetes. Moreover, many obese diabetics who lose weight will also lose their diabetes symptoms, only to have them return if they regain the weight.

But, how strong is the link between obesity and diabetes? The strength of any theory can be tested by searching for exceptions. And then, if exceptions exist, the explanations for them must be evaluated.

The first test of the obesity/diabetes link would be to notice that not all obese people are diabetic. Moreover, perhaps 10 percent of Type 2’s are not fat, and a certain number are even quite fit. The explanation is that a risk factor is not a 100 percent predictor, and that any condition as widespread as Type 2 must also have a genetic basis.

However, the “genetic” explanation can be overdone, as well as being somewhat incomplete.

Consider the case of emigrant Asian Indians (as discussed by Malcolm Kendrick, MD and others). No matter where this cohort migrates to, it has a very high rate of Type 2, even though its BMI is much lower than most groups. Conveniently, this paradox is explained away by the assertion that the group must be genetically predisposed to diabetes.

A better analysis of this situation would include the notion of an adaptive insulin resistance, as members of this cohort migrate to urban areas. Here, insulin resistance is a normal adaptive mechanism the body uses to ward off extreme fat accumulation, when faced with the rich Western diet.

A similar phenomenon has been observed in the Pima Indians, as they emigrated from Mexico to Arizona, and also adopted the Western diet. A large number of those in Arizona are diabetic, compared to almost none, when living in the more primitive setting of the Mexican Sierra Madre mountains. Thus, they are a favorite group for researchers to study.

The conventional explanation for the Pimas is that they have a “thrifty” gene, whereby metabolism would be slowed to compensate for cycles of feast and famine. Now modernized and relocated, with no “famine,” they get fat and contract Type 2 diabetes.

Notice that the Pimas, unlike the Asian Indians, also become obese with their diabetes. So, what’s with the Asian Indian’s thrifty gene? Shouldn’t it also be promoting obesity in their new surroundings? Why are they so “lucky” as to only get the diabetes?

The rare condition called Berardinelli-Seip syndrome presents another problem. Sufferers of this disease have almost no body fat. Yet, 100 percent of them have Type 2 diabetes. No doubt, there are confounding factors, but this definitely weakens the monolithic obesity/diabetes link.

Let’s go to the other extreme—the most obese population on earth: Sumo wrestlers. Virtually none of them are diabetic, and most of them have normal blood pressure and blood chemistry. Experts try to reconcile this by making the distinction between subcutaneous fat (which the Sumos have plenty of) and bad visceral fat, which they are free of. It is noted that upon retirement, their visceral fat increases quickly.

Visceral fat is implicated in heart disease, stroke, diabetes, and hypertension. Interestingly, the Asian Indian group has this sort of fat. Sedentary individuals, smokers, and drinkers have been shown to have more visceral fat, than active people who are non-smokers and non-drinkers. Stress may also be a factor in the storage of visceral fat on the body.

Finally, a number of studies suggest that cardiorespiratory fitness is a better predictor of mortality than obesity, among older adults.

What can we make of all this?

Certainly, to prevent diabetes, it is preferable not to be fat, but that still leaves genetics and stress. Every indication is that these factors can be offset to some degree by exercise. Plus, glycemic control in diabetics is nearly always improved with exercise.

Have we found the magic bullet at last?