The Promise Of The Sea…And The Naysayers

The Promise Of The Sea…And The Naysayers 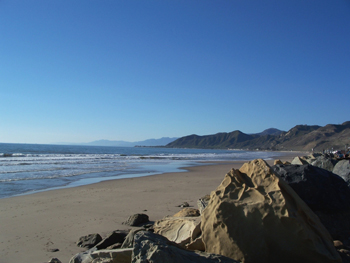 The oceans cover 70.8 percent of the Earth’s surface, and are said to be the place where life originated. A source of livelihood for many, the sea now promises to reward us with new breakthroughs. In the manner that plants on land have yielded many drugs—from aspirin to morphine—marine organisms, based on current research, may also be a source of biochemicals with therapeutic properties.

Worldwide, about 1 billion people rely on fish for at least 30% of their animal protein, according to the UN, and certain small island nations depend on fish for protein almost exclusively. Studies have shown that as populations become increasingly urbanized, per capita fish consumption tends to rise because of exposure to new markets and dietary patterns.

As such, we should examine two key issues in the world of seafood: sustainability and mercury contamination.

Few would argue with this in principle, but the devil is always in the details.

Greenpeace has been running TV commercials suggesting that the Alaska pollock population is in trouble from overfishing. At first, this seems like an odd target, since according to most sources—including NOAA’s National Marine Fisheries Service and the Marine Stewardship Council (the world’s leading certification program for sustainable wild-capture seafood)—this assertion is completely false. Indeed, the National Fisheries Institute, in conjunction with the At-Sea Processors Association and the Genuine Alaska Pollock producers, was able to get Reuters to revise a story on this topic, that originally read like a press release from Greenpeace.

The National Fisheries Institute is a non-profit organization dedicated to education about seafood safety, sustainability, and nutrition. I spoke recently to NFI’s Gavin Gibbons, who gave me some insight on these issues.

As it happens, hardly any bluefin tuna is eaten by Americans, who thus have no impact on this problem. While some point to the Euros as doing a bang-up job on all things environmental, Gibbons notes that the Eurocrats are “woefully mismanaging” the bluefin tuna. Greenpeace probably chose Alaska pollock because virtually everyone in this country has eaten the products derived from this species. The facts of the matter were clearly secondary.

This column has cautioned readers to beware of the supposedly simon-pure motives of environmental activist organizations. Like any business, they have to generate revenue. This revenue is generated by fund-raising, and there’s nothing like inflated or even false claims to bring in those donor checks. How much money could be raised by saying that US fisheries do not have sustainability problems?

As to mercury, the FDA has revised its 2004 recommendations, and is now encouraging greater seafood intake for pregnant women, women of childbearing age, women who are breastfeeding, infants, and children. The Agency evaluated many recent studies, and determined that the benefits of eating seafood outweigh the risk of mercury exposure from fish. FDA stated that the nutrients in fish—including omega-3 fatty acids and selenium—could boost a child’s IQ by three points.

Since in this case, food safety is tied in with an environmental pollutant, EPA has a role in the process. So far, their role appears to be negative, as someone at EPA probably leaked the draft report to the Environmental Working Group, which wasted no time in attacking the FDA, as did Lou Dobbs on CNN, in a fact-challenged hatchet job. The EPA criticized the new FDA policy as “scientifically flawed and inadequate” and short of the “scientific rigor routinely demonstrated by EPA.”

Based on EPA’s numerous scientific blunders, such as its secondhand smoke position that was widely condemned, and was thrown out of federal court (by a judge usually sympathetic to the government); its founding on the tragically misguided banning of DDT, which was contrary to the recommendations of its own scientists; and its pick-and-choose voodoo epidemiology affecting a host of chemicals, I have my doubts about just how “routine” EPA’s scientific rigor actually is.

Logically, there should be no disharmony between public health and environmental health, in that all EPA regulations are primarily based on how the substances affect humans. Let FDA’s recommendations be submitted to full public disclosure and debate—as they will be. Let the best science—not agency turf battles, media agendas, or enviro activist fund-raising—guide us.