The Quest For Biofuels Is Destroying The Rain Forest

The Quest For Biofuels Is Destroying The Rain Forest 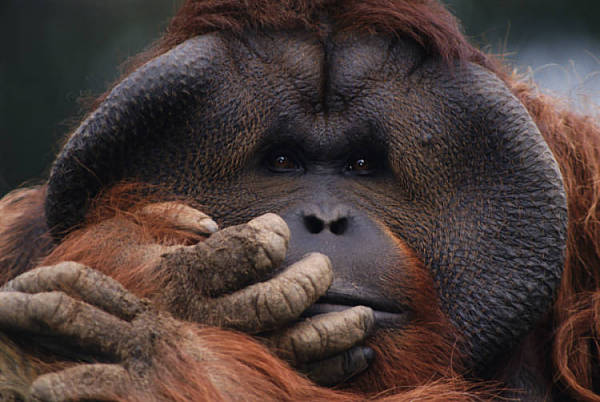 The latest bad news (is there any other kind?) coming from the environmental movement is just one more example of what happens at the nexus of junk science, radical public policy, and puerile Marxism. As it turns out, Europe’s blind embrace of biofuel comes at the expense of the rain forest! That’s right. In a scenario dripping with at least as much cosmic irony as Thomas Hardy’s Tess of the d’Urbevilles, the quest for inaptly named “green energy” is actually a prime destroyer of the very ecosystems this ideology seeks to preserve.

And, notwithstanding this awful revelation, it is unlikely in the extreme that biofuels would ever supplant traditional fossil fuels; they are neither economically viable nor environmentally sound. Biofuel represents another effort by members of the environmental movement to replace science with politics, while ignoring the overwhelming amount of evidence that disproves their agenda. Consider this price for biofuels as another example of the law of unintended consequences, where victims and apologies (belated if any) abound.

As an aside, fossil fuels are, of course, also derived from biological sources, so even the name “biofuel” is junk science.

The push for biofuel, which is largely derived from palm oil and soybeans, requires the wholesale razing of virgin forest, and in its wake, perhaps the orangutan reserves of Borneo or the majesty of the Brazilian Amazon, as well. According to Simon Counsell, director of the UK-based Rain Forest Foundation:

“The expansion of palm oil production is one of the leading causes of rain forest destruction in Southeast Asia. It is one of the most environmentally damaging commodities on the planet.”

And yet, most environmentalists see no disconnect between their own political beliefs (smugly affirmed by the bumper stickers that invariably adorn their cars) and the horror wrought upon undeveloped countries. As Mr. Counsell states:

“Once again it appears we are trying to solve our environmental problems by dumping them in developing countries, where they have devastating effects on local people.”

In other words, the Euro-Greens’ misguided search for clean fuel demands the sacrifice—literally—of innocents in faraway places. Does this remind you of the banning of DDT and its frightful consequences?

Soybean oil, which is the main alternative to palm oil, fares no better. In fact, soya is the single largest cause of rain forest destruction in the Brazilian Amazon. Even Roger Higman, a spokesman for Friends of the Earth UK, tacitly concedes the same point:

“We need to ensure that the crops used to make the fuel have been grown in a sustainable way or we will have rain forests cleared for palm oil plantations to make bio-diesel.”

Characteristically, the very same foot soldiers of the environmental movement continue to ignore the consequences of their utopian dream to forever end our use of fossil fuels. Take, for instance, an announcement from the Indonesian government in July of this year, where officials declared that the largest palm oil plantation in the world would wipe out the “Heart of Borneo.” According to Dr. Glenn Barry, the activist behind Forests.org and ClimateArk:

“This will further deteriorate ecosystems that provide habitats for the already endangered orangutan and many other species.”

Besides, this rush to biofuel will, as Dr. Barry points out, lead to more natural rain forest loss and fragmentation—hardly in keeping with the professed goals of the Greens.

Banning DDT, biofuels, the radon scare, CAFE standards, draconian and pointless recycling laws…the list of Green-inspired disasters grows ever larger. And, as long as self-esteem [I feel good about myself putting that newspaper in the blue bin, even though there is precious little downstream salvage market or I feel good about myself burning biofuel in my car even though it is wiping out the rain forests] trumps science in academia and the public sector, the list will keep on growing.

In the very last paragraph of Tess of the d’Urbevilles, Hardy summarizes his heroine’s cruel fate:

“Justice” was done, and the President of the Immortals, in Aeschylean phrase, had ended his sport with Tess.

We can only hope that the same President of the Immortals is not having his sport with all the Earth, facilitated by the clueless Greens.