When Science Takes A Holiday–And How This Affects You

When Science Takes A Holiday—And How This Affects You 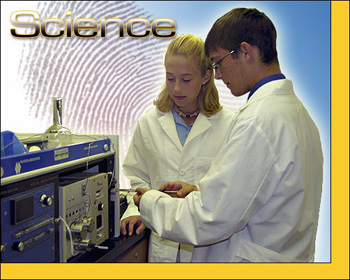 Based on the billions of dollars being spent every year, for the express purpose of improving the health of our nation, Americans have every right to expect that only the very best science be used in formulating policy. Would it surprise you that this is not always the case?

I spoke—off the record—to a number of scientists with plenty of experience in this area, and what they related was not exactly a confidence builder…

You might remember the controversy back in 1998 over allowable levels of chloroform in drinking water. Based on an exhaustive review of toxicological data on human exposure that went back 20 years, EPA recommended (in March of that year) to raise the Maximum Containment Level Goal (MCLG) from zero to 300 parts-per-billion (ppb). Small, harmless levels of chloroform in water are a by-product of the essential water purification process, and this rule change was praised by many, including the toxicological community.

EPA is mandated under the 1996 Safe Water Drinking Act to use “the best peer-reviewed science.” And, so they did. However, the agency was attacked at once by various environmental groups, who had been battling against chlorination and chlorinated compounds, even though chlorination of water is without question the single greatest benefit to mankind ever delivered by science.

Based on that alone, you would have thought that the agency would have simply ignored the protesting fools, but as it happened, in December, 1998, EPA Administrator Carol Browner went against all the science and succumbed to the politics. Fortunately, that’s not the end of the story.

The MCLG was challenged by the Chlorine Chemistry Council and Chemical Manufacturers Association, and the U.S. Court of Appeals for the District of Columbia Circuit found for the plaintiffs. The Court ruled that EPA had not used the best available, peer-reviewed science to set the MCLG. Thus, on May 30, 2000, the agency removed the MCLG for chloroform from the National Primary Drinking Water Regulations. What remains is an MCLG for Total Trihalomethanes of 0.080 milligrams/liter. Note that this is still substantially less than the original 300 ppb.

Could this entire exercise have just been a big political game?

Then, we have the FEMA trailers. During the first round of formaldehyde testing, the CDC’s Agency for Toxic Substances and Disease Registry (ATSDR) described a formaldehyde concentration “level of concern” of 300 ppb—based on the overwhelming weight of all available literature. [Level of concern = the level above which individuals with hypersensitivity to formaldehyde would suffer adverse health effects.]

In April, 2008, renowned toxicologist Meryl H. Karol—testifying before Congress—recommended that this level of concern be lowered to 100 ppb. She also noted that “There is considerable controversy regarding the conclusion that formaldehyde causes cancer in humans.”

CDC’s final report, issued in July, 2008, and based on testing of more than 500 trailers, found a geometric mean concentration of 77 ppb, with the highest level (in one trailer) of 590 ppb. Compare this to the OSHA allowable level of 750 ppb (8-hour time-weighted average).

Inasmuch as the 77 ppb number is well below either level of concern, and in light of Dr. Karol’s comments on cancer etiology, supported by copious literature, many—including this writer—believe that statements made by now-reassigned CDC toxicologist Christopher De Rosa that the 77 ppb level put the trailer occupants at “risk for cancer” were unconscionable. Other than securing a following among the Greenie faithful that he is some sort of persecuted whistle-blower, what possible good could come out of scaring people, already displaced because of hurricanes?

One scientist told me about pervasive and dogmatic chemical phobia at the EPA, whereby data contrary to their entrenched beliefs is simply disregarded, and results can be created out of whole cloth. Likewise, bizarre and scientifically unverified modes of action for cancer etiology can be proposed, such as the so-called DeVoney hypothesis in which formaldehyde is linked to lymphomas and leukemias—but this blue sky speculation is given the imprimatur of EPA.

As such, the chemical producers and users are now forced into a costly effort to do real science to disprove an untested hypothesis! A less scientific approach can scarcely be imagined, especially for the EPA’s Office of Research and Development, whose motto is “Building a scientific foundation for sound environmental decisions.”

The net result of agency junk science and the absurd anti-chemical posture is greater expense, more public frustration, and worst of all no improvement to the public health. You’d think the agencies would be more than content—proud, even—to say that current regulations are health-protective, but it seems you’d be wrong.